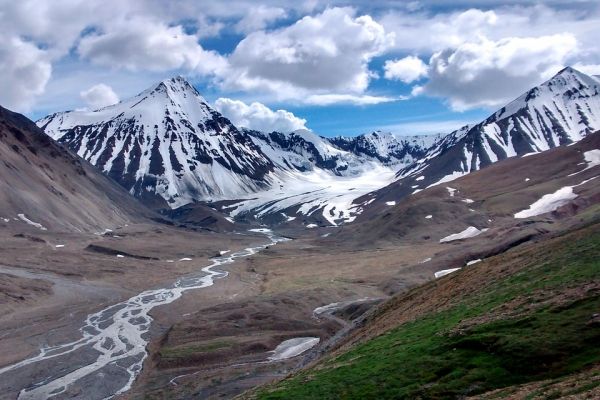 Among seismologists, the geology of Alaska’s earthquake- and volcano-rich coast from the Aleutian Islands to the southeast is fascinating, but not well understood.

Among seismologists, the geology of Alaska’s earthquake- and volcano-rich coast from the Aleutian Islands to the southeast is fascinating, but not well understood. Now, with more sophisticated tools than before, a University of Massachusetts Amherst team reports unexpected new details about the area’s tectonic plates and their relationships to volcanoes.

Plate tectonics – the constant underground movement of continental and ocean shelves, is often characterized by “subduction zones” where plates clash, one usually sliding under another. Many are prime earthquake- and volcano-prone regions.

Lead author Xiaotao Yang says, “For a long time, the whole central Alaska region was thought to have one simple subduction plate. What we discovered is that there are actually two major subduction slabs. It’s a surprise that we see differences between these two slabs and the associate mantle materials.” Overall, Yang says the new research shows, “there are many more subtleties and variations that we had not seen before.”

Yang, who did this work at UMass Amherst with co-author Haiying Gao, is now on the faculty at Purdue University. Writing in the Journal of Geophysical Research: Solid Earth they point out that central Alaska is “an ideal place to investigate subduction segmentation and its correlation with volcano distribution” because “it is not clearly understood what controls the distribution of arc volcanoes.”