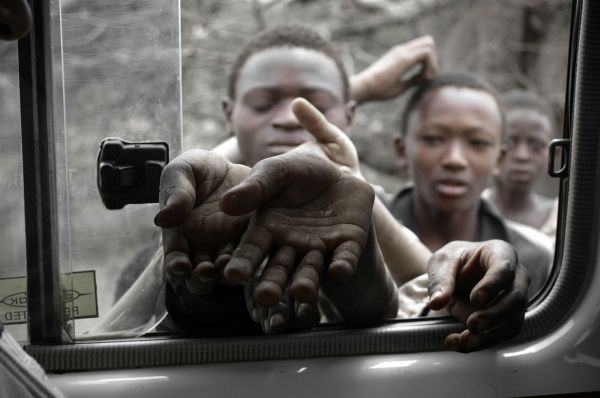 Just a handful of rice and beans – a part of our world is starved.

Just a handful of rice and beans – a part of our world is starved. Hawaiian Pizza and ice-cream – another part of our world is stuffed, throwing away food every day. This gap is likely to worsen, while food waste will increase and pressure on the environment will go up, a new study shows. Researchers from the Potsdam Institute for Climate Impact Research (PIK) assessed the consequences if the current nutrition transition, from scarce starch-based diets towards processed foods and animal products, continues – the calculations combine, for the first time, estimates for under- and overweight, food composition and waste. Their findings provide a startling look ahead: By 2050, more than 4 billion people could be overweight, 1.5 billion of them obese, while 500 million people continue to be underweight.

“If the observed nutrition transition continues, we will not achieve the United Nations goal of eradicating hunger worldwide," explains Benjamin Bodirsky from PIK, lead author of the study just published in Scientific Reports. “At the same time, our future will be characterized by overweight and obesity of mind-blowing magnitude.” By 2050, 45 percent of the world's population could be overweight and 16 percent obese - compared to about 29 and 9 percent in 2010. This development is due to the insufficient global distribution of food as well as to the shift from scarcely processed plant‐based diets towards unbalanced, affluent diets, where animal protein, sugar and fat displace whole grains and pulses.

And that’s not all as Bodirsky underlines: "The increasing waste of food and the rising consumption of animal protein mean that the environmental impact of our agricultural system will spiral out of control. Whether greenhouse gases, nitrogen pollution or deforestation: we are pushing the limits of our planet - and exceed them."