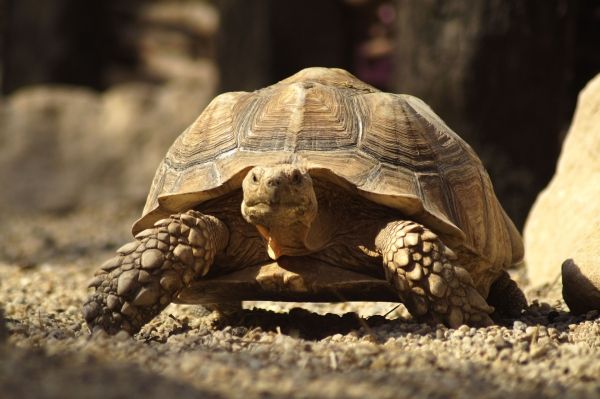 From 1997 to 2014, the U.S. Fish and Wildlife Service moved more than 9,100 Mojave desert tortoises to the 100-square-kilometer (about 39 miles square) Large Scale Translocation Site. The newcomers, many of which were abandoned pets or had been displaced by development, joined nearly 1,500 desert tortoises already living there.

Conventional wisdom would suggest that tortoises from areas closest to the translocation site would fare best. But a new UCLA study, published today in Science, found no connection between the tortoises’ place of origin and their chances of survival. It did, however, uncover a far better predictor.

Tortoises with lots of genetic variation were much more likely to survive after their relocation, said UCLA conservation ecologist Brad Shaffer, the study’s senior author. Like most organisms, tortoises have two copies of their entire genome, with one copy from each parent. The more those copies differ from each other, the higher the organism’s heterozygosity.