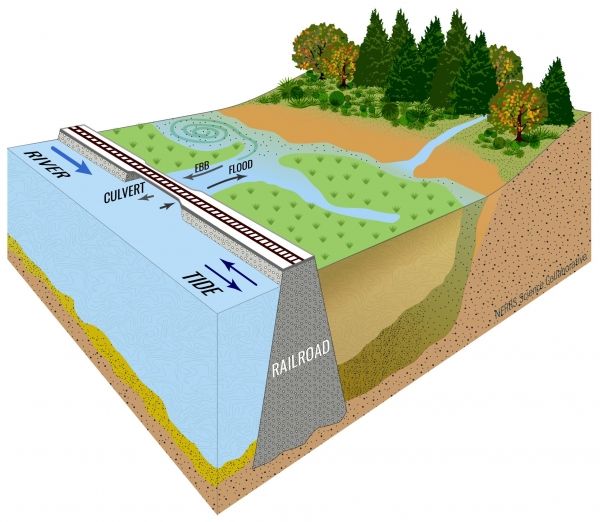 In a new study of tidal marsh resilience to sea level rise, geologist and first author Brian Yellen at the University of Massachusetts Amherst and colleagues observed that Hudson River Estuary marshes are growing upward at a rate two to three times faster than sea level rise, “suggesting that they should be resilient to accelerated sea level rise in the future,” he says.

Writing in Earth Surface Processes and Landforms, Yellen and colleagues documented that more than half of Hudson River tidal marshes formed since 1850. That year, the channel was straightened and a riverside railroad, berms, jetties and human-made islands of dredged soil were built. This all trapped sediment and created backwaters that often – but not always – turned into marshes, an “unintended result of early industrial development,” they state.

“In one case, historical aerial photos document this transition occurring in less than 18 years, offering a timeframe for marsh development,” they point out.