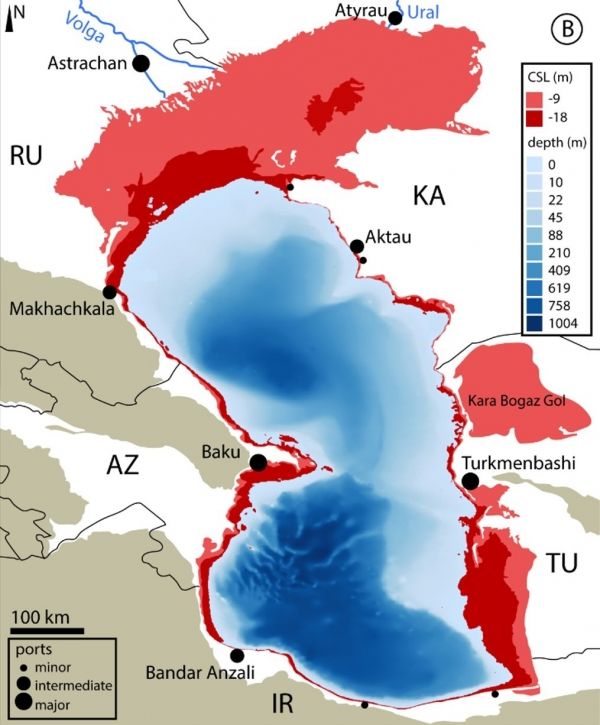 The water levels of the Caspian Sea will be 9 to 18 metres lower than they are now, German and Dutch researchers calculate.

Coastal nations are rightly worried about a sea level rise, but in the countries around the Caspian Sea over a hundred million people are facing the opposite problem: an enormous drop in sea level. Technically, this sea is a land-locked lake, but it is the largest on the planet (371.000 km2), and quite salty.

The largest lake in the world is getting smaller every year, though. Since the 90’s, the water level has been dropping a few centimetres every year. This drop will accelerate during the upcoming decades, scientists from the German universities of Gießen and Bremen calculated, together with Dutch geologist dr. Frank Wesselingh external link, affiliated with Utrecht University and Naturalis.

“If the North Sea would drop two or three metres, access to ports like Rotterdam, Hamburg and London would be impeded. Fishing boats and container giants alike would struggle, and all the countries on the North Sea would have a huge problem,” Wesselingh says.