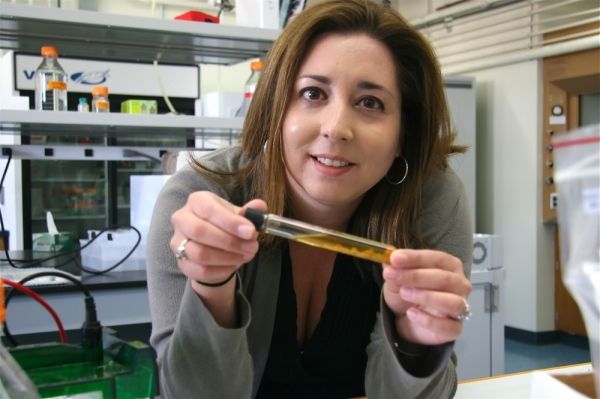 Scientists have long been aware of the dangerous overuse of antibiotics and the increasing number of antibiotic-resistant microbes that have resulted.

“In biotech, we have for a long time relied on antibiotic and chemical selections to kill cells that we don’t want to grow,” said UC Santa Barbara chemical engineer Michelle O’Malley. “If we have a genetically engineered cell and want to get only that cell to grow among a population of cells, we give it an antibiotic resistance gene. The introduction of an antibiotic will kill all the cells that are not genetically engineered and allow only the ones we want — the genetically modified organisms [GMOs] — to survive. However, many organisms have evolved the means to get around our antibiotics, and they are a growing problem in both the biotech world and in the natural environment. The issue of antibiotic resistance is a grand challenge of our time, one that is only growing in its importance.”

Further, GMOs come with a containment issue. “If that GMO were to get out of the lab and successfully replicate in the environment, you could not predict what traits it would introduce into the natural biological world,” O’Malley explained. “With the advent of synthetic biology, there is increasingly a risk that things we’re engineering in the lab could escape and proliferate into ecosystems where they don’t belong.”