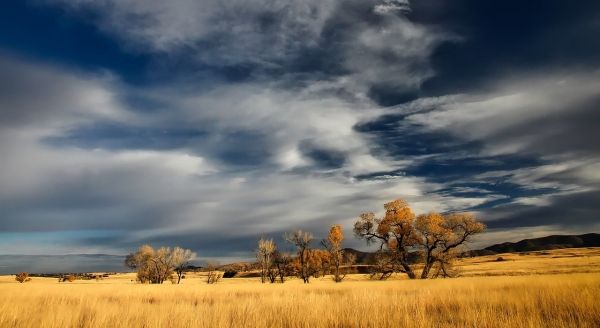 Grasslands are managed worldwide to support livestock production, while remaining natural or semi-natural ones provide critical services that contribute to the wellbeing of both people and the planet.

Grasslands are managed worldwide to support livestock production, while remaining natural or semi-natural ones provide critical services that contribute to the wellbeing of both people and the planet. Human activities are however causing grasslands to become a source of greenhouse gas emissions rather than a carbon sink. A new study uncovered how grasslands used by humans have changed our climate over the last centuries.

Grasslands are the most extensive terrestrial biome on Earth and are critically important for animal forage, biodiversity, and ecosystem services. They absorb and release carbon dioxide (CO2), and emit methane (CH4) from grazing livestock and nitrous oxide (N2O) from soils, especially when manure or mineral fertilizers are introduced. Little is known, however, about how the fluxes of these three greenhouse gases from managed and natural grasslands worldwide have contributed to climate change in the past, and about the role of managed pastures versus natural or very sparsely grazed grasslands.

To address this knowledge gap, an international research team quantified the changes in carbon storage and greenhouse gas fluxes in natural and managed grasslands between 1750 and 2012 in their study published in Nature Communications. The study’s comprehensive estimates of global grasslands’ contribution to past climate change illustrate the important climate cooling service provided by sparsely grazed areas, and the growing contribution to warming from quickly increasing livestock numbers and more intensive management ̶ which are in turn associated with more CH4 and N2O emissions ̶ in determining the contemporary net climate effect of the grassland biome.