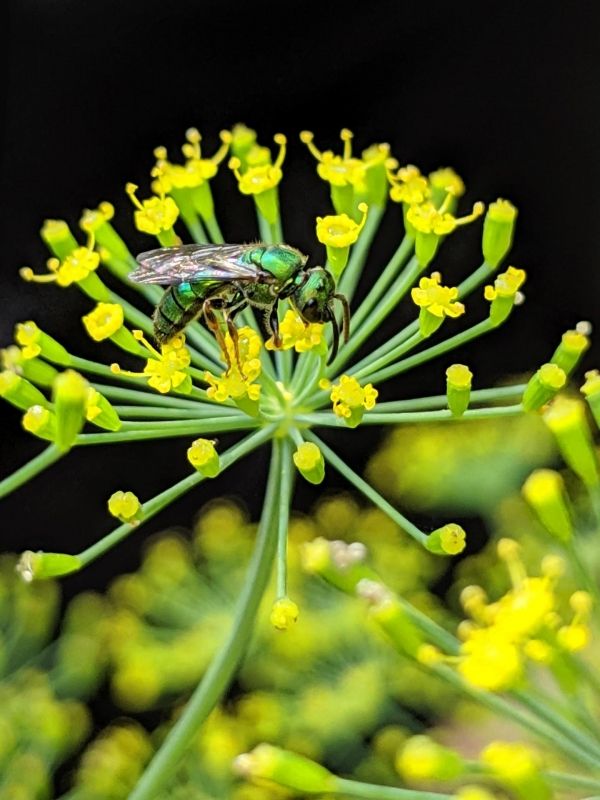 Wild bees are more affected by climate change than by disturbances to their habitats, according to a team of researchers led by Penn State.

Wild bees are more affected by climate change than by disturbances to their habitats, according to a team of researchers led by Penn State. The findings suggest that addressing land-use issues alone will not be sufficient to protecting these important pollinators.

“Our study found that the most critical factor influencing wild bee abundance and species diversity was the weather, particularly temperature and precipitation,” said Christina Grozinger, Distinguished Professor of Entomology and director of the Center for Pollinator Research, Penn State. “In the Northeastern United States, past trends and future predictions show a changing climate with warmer winters, more intense precipitation in winter and spring, and longer growing seasons with higher maximum temperatures. In almost all of our analyses, these conditions were associated with lower abundance of wild bees, suggesting that climate change poses a significant threat to wild bee communities.”

According to Melanie Kammerer, graduate student in entomology, Penn State, few studies have considered the effects of both climate and land use on wild bees.

“We thought this was an oversight because, like many organisms, bees are experiencing habitat loss and climate change simultaneously,” she said. “By looking at both factors in the same study, we were able to compare the relative importance of these two stressors.”

Image: Researchers found that temperature and precipitation patterns are very important drivers of wild bee communities in our study, more important than the amount of suitable habitat or floral and nesting resources in the landscape. The image features a metallic green sweat bee (family Halictidae) on a dill flower. (Credit: Kate Anton, Penn State)