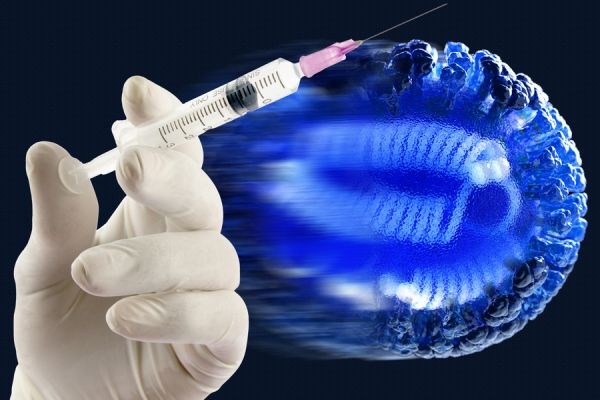 One reason it’s so difficult to produce effective vaccines against some viruses, including influenza and HIV, is that these viruses mutate very rapidly.

One reason it’s so difficult to produce effective vaccines against some viruses, including influenza and HIV, is that these viruses mutate very rapidly. This allows them to evade the antibodies generated by a particular vaccine, through a process known as “viral escape.”

MIT researchers have now devised a new way to computationally model viral escape, based on models that were originally developed to analyze language. The model can predict which sections of viral surface proteins are more likely to mutate in a way that enables viral escape, and it can also identify sections that are less likely to mutate, making them good targets for new vaccines.

“Viral escape is a big problem,” says Bonnie Berger, the Simons Professor of Mathematics and head of the Computation and Biology group in MIT’s Computer Science and Artificial Intelligence Laboratory. “Viral escape of the surface protein of influenza and the envelope surface protein of HIV are both highly responsible for the fact that we don’t have a universal flu vaccine, nor do we have a vaccine for HIV, both of which cause hundreds of thousands of deaths a year.”