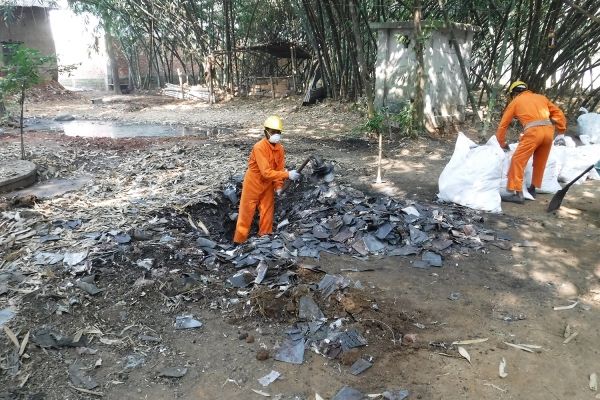 Decades after the industrialized world largely eliminated lead poisoning in children, the potent neurotoxin still lurks in one in three children globally.

Decades after the industrialized world largely eliminated lead poisoning in children, the potent neurotoxin still lurks in one in three children globally. A new study in Bangladesh by researchers at Stanford University and other institutions finds that a relatively affordable remediation process can almost entirely remove lead left behind by unregulated battery recycling – an industry responsible for much of the lead soil contamination in poor and middle-income countries – and raises troubling questions about how to effectively eliminate the poison from children’s bodies.

“Once the lead is in the environment, it stays there pretty much indefinitely without remediation,” said study lead author Jenna Forsyth, a postdoctoral research fellow at the Stanford Woods Institute for the Environment. “Ultimately, we want to work toward a world in which battery recycling is done safely, and lead never makes it into the soil or people’s bodies in the first place.”

Among toxins, lead is a supervillain. There is no safe level of exposure to lead, which damages nearly every system in the body. Early childhood exposure leads to irreversible brain damage and permanently lowered IQ, among other severe symptoms. Worldwide, one in three children suffers from lead poisoning, according to a recent report by Unicef and international NGO Pure Earth that describes the problem as “a much greater threat to the health of children than previously understood.” The annual cost of resulting lost productivity is estimated to be nearly $1 trillion dollars globally and $16 billion in Bangladesh alone.