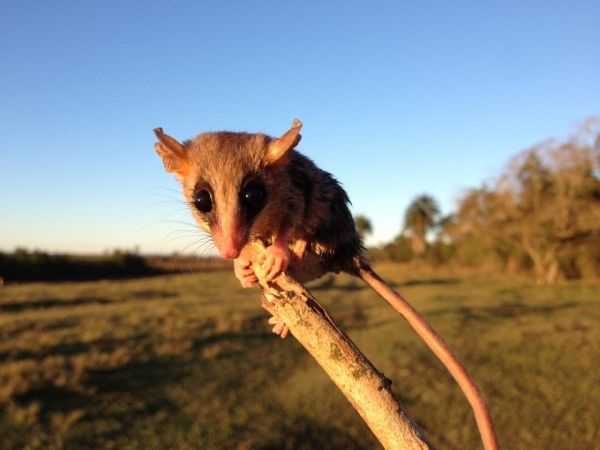 Lots of us are feeling pretty anxious about the destruction of the natural world.

Lots of us are feeling pretty anxious about the destruction of the natural world. It turns out, humans aren’t the only ones stressing out—by analyzing hormones that accumulate in fur, researchers found that rodents and marsupials living in smaller patches of South America’s Atlantic Forest are under more stress than ones living in more intact forests.

“We suspected that organisms in deforested areas would show higher levels of stress than animals in more pristine forests, and we found evidence that that’s true,” says Noé de la Sancha, a research associate at the Field Museum in Chicago, Associate Professor of Biology at Chicago State University, and co-author of a new paper in Scientific Reports detailing the discovery. “Small mammals, primarily rodents and little marsupials, tend to be more stressed out, or show more evidence that they have higher levels of stress hormones, in smaller forest patches than in larger forest patches.”

“A lot of species, all over the world, but especially in the tropics, are understudied,” says Sarah Boyle, an Associate Professor of Biology and Chair of the Environmental Studies and Sciences Program at Rhodes College and the study’s lead author. “There is not a lot known about many of these animals in terms of even their baseline hormone levels.”