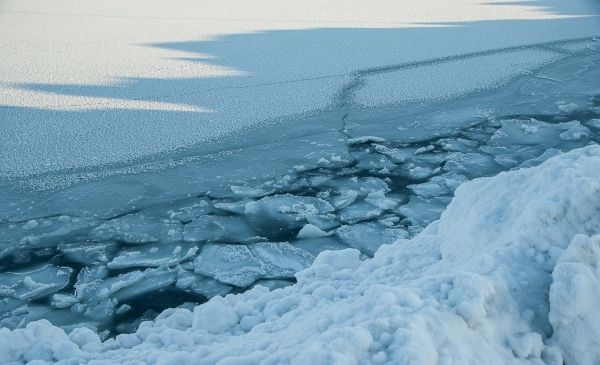 When sea ice melts and the water surface increases, more iodine-containing vapours rise from the sea.

When sea ice melts and the water surface increases, more iodine-containing vapours rise from the sea. Scientists from the international research network CLOUD have now discovered that aerosol particles form rapidly from such iodine vapours, which can serve as condensation nuclei for cloud formation. The CLOUD researchers, among them atmospheric scientists from the Goethe University Frankfurt, fear a mutual intensification of sea ice melt and cloud formation, which could accelerate the warming of the Arctic and Antarctic.

More than two thirds of the earth is covered by clouds. Depending on whether they float high or low, how large their water and ice content is, how thick they are or over which region of the Earth they form, it gets warmer or cooler underneath them. Due to human influence, there are most likely more cooling effects from clouds today than in pre-industrial times, but how clouds contribute to climate change is not yet well understood. Researchers currently believe that low clouds over the Arctic and Antarctic, for example, contribute to the warming of these regions by blocking the direct radiation of long-wave heat from the Earth’s surface.