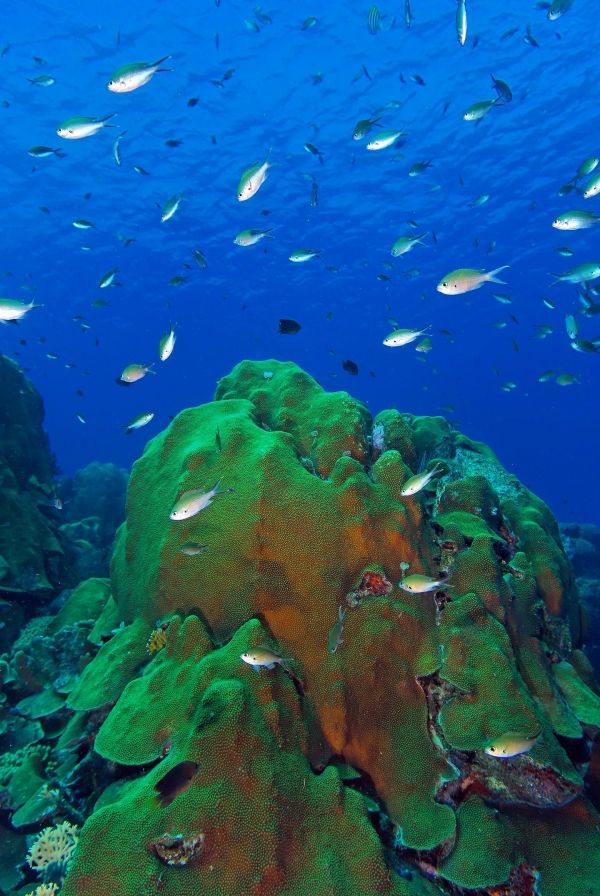 Coral reefs have thrived for millions of years in their shallow ocean water environments due to their unique partnerships with the algae that live in their tissues.

Coral reefs have thrived for millions of years in their shallow ocean water environments due to their unique partnerships with the algae that live in their tissues. Corals provide a safe haven and carbon dioxide while their algal symbionts provide them with food and oxygen produced from photosynthesis. Using the corals Orbicella annularis and Orbicella faveolate in the southern Caribbean, researchers at the Carl R. Woese Institute for Genomic Biology (IGB) have improved our ability to visualize and track these symbiotic interactions in the face of globally warming sea surface temperatures and deepening seawaters.

“Corals are one of the most resilient organisms on the planet,” said Mayandi Sivaguru, the co-lead author of the study and Assistant Director of Core Facilities at the IGB. “They have survived ice ages, greenhouse conditions with no ice, and everything else in between that the planet has thrown at them.”

Although they have a long history of weathering disruptions, coral reefs are also sensitive enough to serve as indicators of climate change and oceanic health. As an example, when the sea surface temperature or the seawater acidity increases, corals eject their algal partners—a phenomenon called coral bleaching—which converts the corals from green to white. To understand why bleaching occurs, it is important to visualize how the corals interact with their algal partners.

O. faveolata colonies at Playa Kalki, which borders the island of Curaçao in the Caribbean Sea. The corals form massive colonies with knobby ridges the flair out at the bottom. (Photo Credit: The Fouke lab)