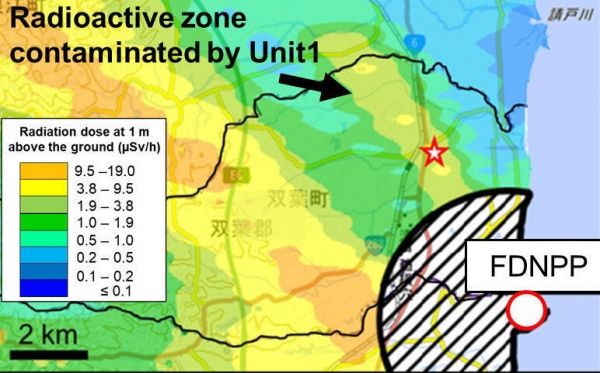 The 10-year anniversary of the Fukushima Daiichi nuclear accident occurs in March.

The 10-year anniversary of the Fukushima Daiichi nuclear accident occurs in March. Work just published in the Journal 'Science of the Total Environment' documents new, large (> 300 micrometers), highly radioactive particles that were released from one of the damaged Fukushima reactors.

Particles containing radioactive cesium (134+137Cs) were released from the damaged reactors at the Fukushima Daiichi Nuclear Power Plant (FDNPP) during the 2011 nuclear disaster. Small (micrometer-sized) particles (known as CsMPs) were widely distributed, reaching as far as Tokyo. CsMPs have been the subject of many studies in recent years. However, it recently became apparent that larger (>300 micrometers) Cs-containing particles, with much higher levels of activity (~ 105 Bq), were also released from reactor unit 1 that suffered a hydrogen explosion. These particles were deposited within a narrow zone that stretches ~8 km north-northwest of the reactor site. To date, little is known about the composition of these larger particles and their potential environmental and human health impacts.

Now, work just published in the journal Science of the Total Environment characterizes these larger particles at the atomic-scale and reports high levels of activity that exceed 105 Bq.

Image: A map showing the location of the Fukushima Daiichi Nuclear Power Plant (FDNPP) and the sampling site against the radiation dose at 1 m above the ground as of November 2017. The red star represents the location of the soil sample containing the highly radioactive particles.  CREDIT: Satoshi Utsunomiya