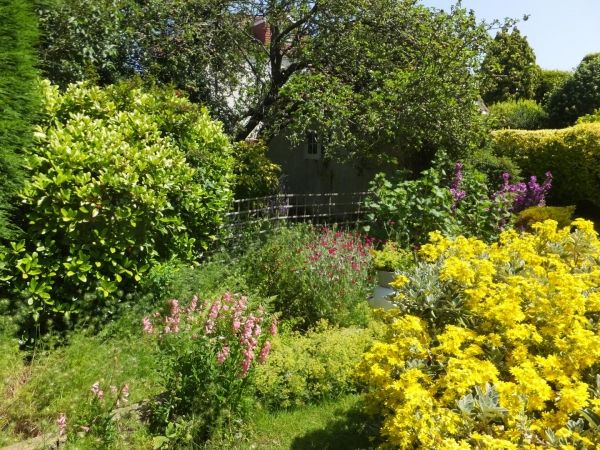 Home gardens are by far the biggest source of food for pollinating insects, including bees and wasps, in cities and towns, according to new research.

Home gardens are by far the biggest source of food for pollinating insects, including bees and wasps, in cities and towns, according to new research.

The study, led by the University of Bristol and published today in the Journal of Ecology, measured for the first time how much nectar is produced in urban areas and discovered residential gardens accounted for the vast majority – some 85 per cent on average.

Results showed three gardens generated daily on average around a teaspoon of Nature’s ambrosia, the unique sugar-rich liquid found in flowers which pollinators drink for energy. While a teaspoon may not sound much to humans, it’s the equivalent to more than a tonne to an adult human and enough to fuel thousands of flying bees. The more bees and fellow pollinators can fly, the greater diversity of flora and fauna will be maintained.

Ecologist Nicholas Tew, lead author of the study, said: “Although the quantity and diversity of nectar has been measured in the countryside, this wasn’t the case in urban areas, so we decided to investigate.”

Image: Residential gardens underpin the urban nectar supply, and many can be extremely rich in flowering plants. (Credit: Nicholas Tew)