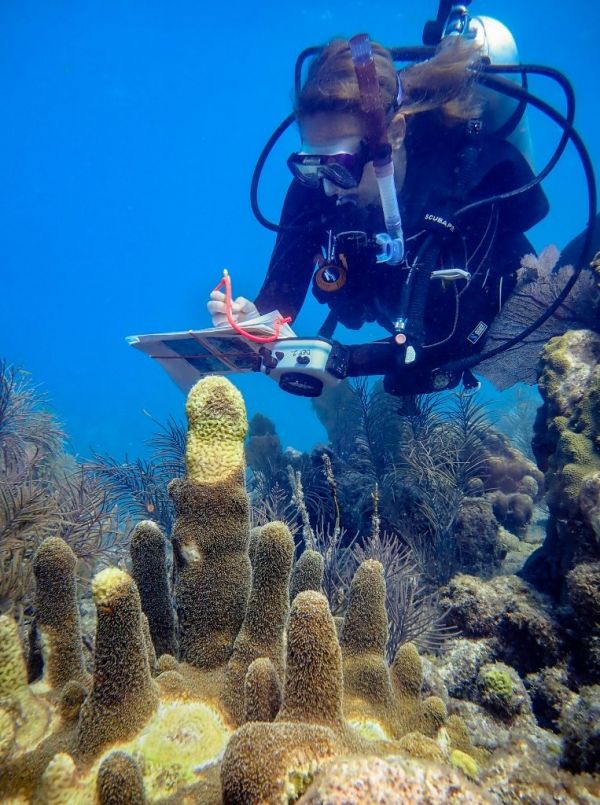 First detected near Miami in 2014, stony coral tissue loss disease (SCTLD) has since spread throughout the Florida Keys and much of the Caribbean. The disease is infecting and killing roughly half of the region’s hard coral species, including pillar coral (Dendrogyra cylindrus) — a species listed as threatened under the Endangered Species Act. Florida’s wild pillar coral population is now less than six percent of its known population in 2014.

Dr. Cheryl Woodley and her team at NCCOS are working to save pillar coral from the disease. Multi-institutional rescue missions have been collecting various hard coral species for safekeeping at onshore and offshore nursery facilities. Diseased pillar corals have been going to Dr. Woodley’s lab for treatment. Seven rescue events from 2016 to 2019, along with acquisitions transferred from two other institutions, provided the lab in Charleston, South Carolina, with pillar coral fragments for experimental treatment and rehabilitation.