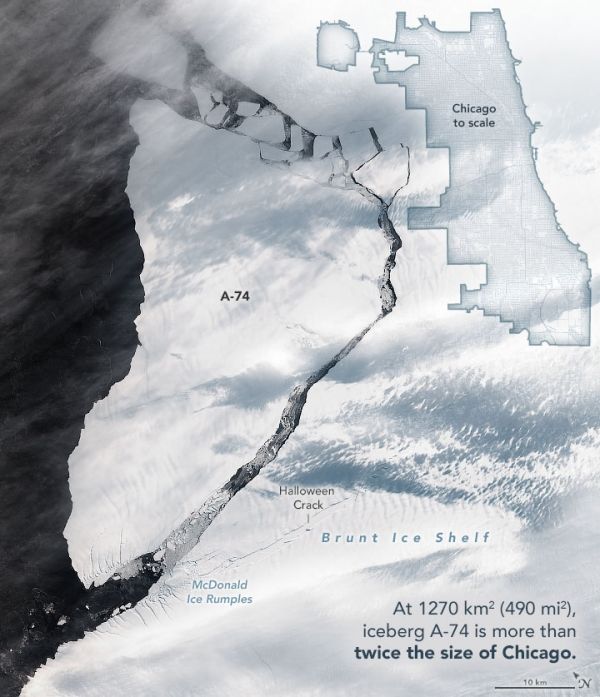 A large iceberg finally split from the Antarctic ice shelf, but another piece stubbornly hangs on.

The break was first detected by GPS equipment on February 26, 2021, and then confirmed the next day with radar images from the European Space Agency’s Sentinel-1A satellite. On March 1, clouds were sparse enough for the Operational Land Imager (OLI) on Landsat 8 to acquire this natural-color image of the new iceberg.

Named A-74, the berg spans about 1270 square kilometers (490 square miles), or about twice the size of Chicago. That’s a large piece of ice for the Brunt Ice Shelf, but Antarctica is known for churning out some enormous bergs. For comparison, Iceberg A-68 was almost five times that size when it calved from the Larsen C Ice Shelf in 2017.