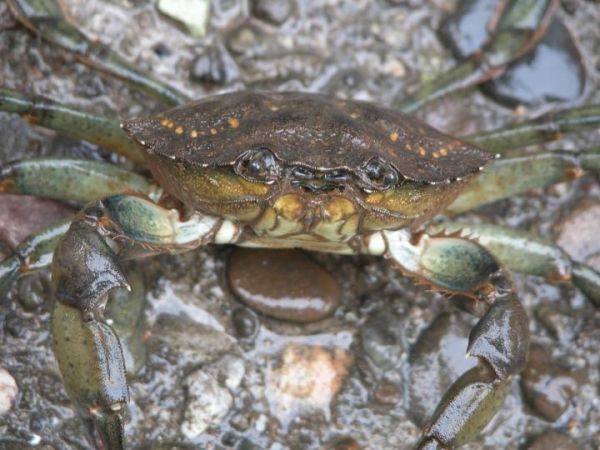 Some invasive species targeted for total eradication bounce back with a vengeance, especially in aquatic systems, finds a study led by the University of California, Davis.

Some invasive species targeted for total eradication bounce back with a vengeance, especially in aquatic systems, finds a study led by the University of California, Davis.

The study, published today in the journal PNAS, chronicles the effort — and failure — to eradicate invasive European green crabs from a California estuary. The crabs increased 30-fold after about 90 percent had been removed. The study is the first experimental demonstration in a coastal ecosystem of a dramatic population increase in response to full eradication.

“A failure in science often leads to unexpected directions,” said lead author Edwin (Ted) Grosholz, a professor and ecologist with the UC Davis Department of Environmental Science and Policy. “We slapped our foreheads at the time, but with thought and understanding, it’s told us a lot about what we shouldn’t be doing and provided a way forward for us. The world should get less focused on total eradication and work toward functional eradication.”

“Functional eradication” is described in a study led by the University of Alberta, co-authored by Grosholz, and published in the March issue of Frontiers in Ecology and the Environment. The authors consider this a more effective approach to invasive species management, particularly regarding species for which total eradication is unlikely.

Image: The invasive European green crab continues to spread along the coasts of the western US and Canada. Their invasion has resulted in dramatic losses of native species in the western U.S., including clams, mussels and oysters. (Credit: Edwin Grosholz, UC Davis)