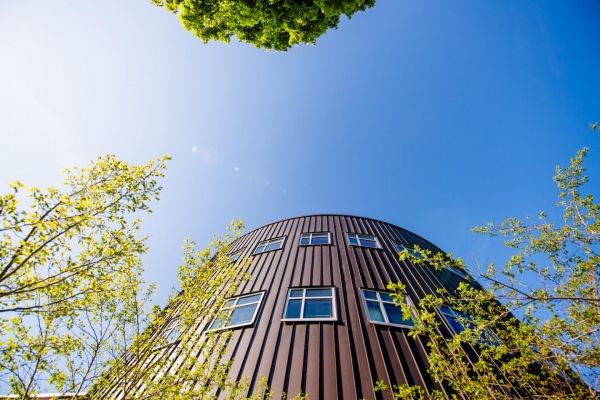 One of the surest signs of spring is the vibrantly lime-green tinge trees develop as their buds open and tiny new leaves unfurl.

One of the surest signs of spring is the vibrantly lime-green tinge trees develop as their buds open and tiny new leaves unfurl. Bud-break is the scientific name for this process — a straightforward term for the grand genetic mechanism that allows trees to leaf out and do their summer work of photosynthesis to store up energy for the coming winter.

Bud-break is precluded by bud-set, which occurs in the autumn. After trees have dropped their leaves and as the days shorten and grow colder, new buds grow on branches. Like many wildflowers, trees require a period of dormancy at colder temperatures — a process fine-tuned by evolution — before bud-break can occur.

But as the changing climate becomes increasingly unpredictable, late frosts are more common — and many trees initiate bud-break too early or too late. For farmers who grow fruit- and nut-bearing trees as well as grape vines, a mistimed bud-break and a frost could mean the difference between a good harvest and none at all.

For example, a late frost in 2007 across the eastern U.S. resulted in an estimated agricultural loss of $112 million, including $86 million in losses to fruit crops. Poorly synchronized bud-break can also lead to pest and disease outbreaks.