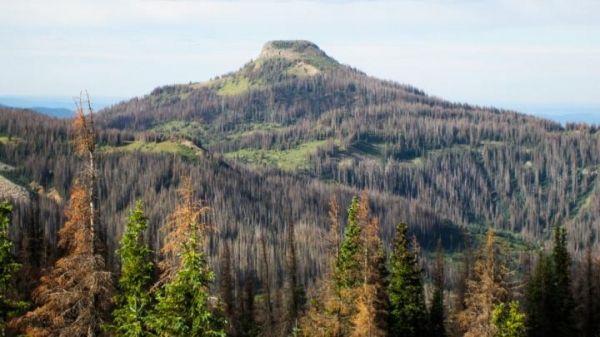 It’s no secret. Colorado’s forests have had a tough time in recent years.

It’s no secret. Colorado’s forests have had a tough time in recent years. While natural disturbances such as insect outbreaks and wildfires occurred historically and maintained forest health over time, multiple, simultaneous insect disturbances in the greater region over the past two decades have led to rapid changes in the state’s forests.

The study titled Effects of Bark Beetle Outbreaks on Forest Landscape Pattern in the Southern Rocky Mountains, U.S.A. analyzed Landsat satellite imagery between 1997-2019 to quantify how outbreaks of three different insect species have impacted forests across high-elevation forests in Colorado, southern Wyoming, and northern New Mexico. The interuniversity team found that while these collective beetle outbreaks impacted around 40 percent of the area studied, the effects of these outbreak varied due to differences in forest structures and species composition across the region.