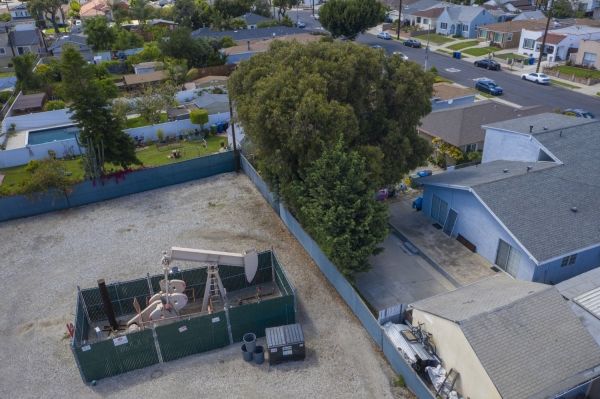 Nalleli Cobo was nine years old when her nose started bleeding, off and on throughout the day, and often into her pillow at night.

Nalleli Cobo was nine years old when her nose started bleeding, off and on throughout the day, and often into her pillow at night. Then came the headaches and heart palpitations; for a while, her doctor had her wear a heart monitor. “I got to the point where I couldn’t walk,” Cobo, who is now 20, says. “My mom had to carry me from place to place.”

Doctors were stumped as to what was wrong. “I’d always been a healthy little girl,” Cobo recalled. “And then all of a sudden I’m meeting cardiologists and neurologists and all these other -ologists, and no one could figure out what I had.” Only after being sick for four years, in 2013, did she get a possible answer. Physicians for Social Responsibility, a public-health nonprofit, sent a toxicologist to Cobo’s South Los Angeles community to talk about how certain chemical byproducts of oil extraction, among them benzene and hydrogen sulfide, can cause symptoms similar to what Cobo was experiencing.

“That’s when we made the connection,” Cobo says. As it turned out, her symptoms had coincided with a 400 percent ramp-up in production at a drilling site just 300 feet from where she lived.

An oil well in the Wilmington neighborhood of Los Angeles. (Photo Credit: GREENPEACE)