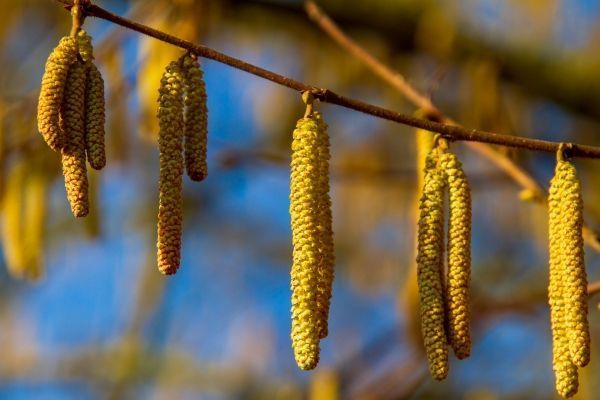 Bad news for allergy sufferers: The rising temperatures over the past three decades have impacted the onset, duration and intensity of the pollen season in Switzerland.

Bad news for allergy sufferers: The rising temperatures over the past three decades have impacted the onset, duration and intensity of the pollen season in Switzerland. These are the results of a study by the Swiss Tropical and Public Health Institute (Swiss TPH) in collaboration with the Federal Office of Meteorology and Climatology (MeteoSwiss). The study, published yesterday on 31 March 2021 in the peer-reviewed journal Science of the Total Environment, is the most comprehensive investigation into pollen due to climate change done so far in Switzerland.

Pollen from trees, grasses and weeds are causing seasonal allergies for approximately one fifth of the Swiss population every year. A study now found that due to climate change, the pollen season has shifted substantially over the past 30 years in onset, duration and intensity. “For at least four allergenic species, the tree pollen season now starts earlier than 30 years ago – sometimes even before January,” said Marloes Eeftens, Principal Investigator and Group Leader at Swiss TPH. “The duration and intensity of the pollen season have also increased for several species, meaning that allergic people not only suffer for a longer period of time but also react stronger to these higher concentrations.”

The researchers analysed pollen data from 1990 to 2020 from all 14 pollen-monitoring stations in Switzerland, studying airborne pollen concentrations from 12 different plant species. “Previous studies have looked at single species or only a few locations, but this is the first time a study brings together comprehensive pollen data from across Switzerland,” said Sarah Glick, first author of the study and scientific assistant at Swiss TPH.