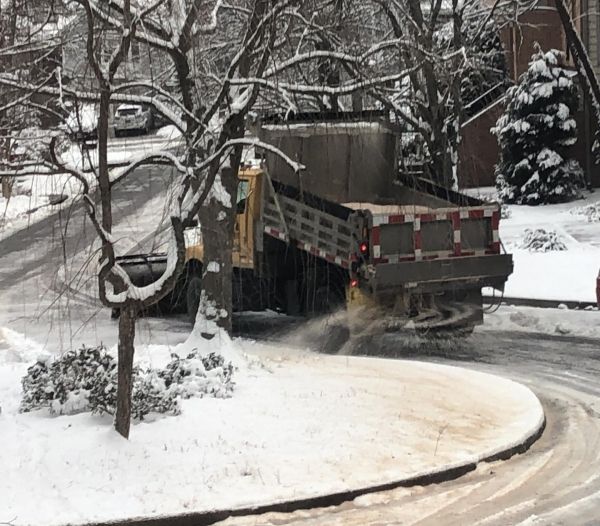 When winter storms threaten to make travel dangerous, people often turn to salt, spreading it liberally over highways, streets and sidewalks to melt snow and ice.

When winter storms threaten to make travel dangerous, people often turn to salt, spreading it liberally over highways, streets and sidewalks to melt snow and ice. Road salt is an important tool for safety because many thousands of people die or are injured every year due to weather related accidents. But a new study led by Sujay Kaushal of the University of Maryland warns that introducing salt into the environment—whether it’s for de-icing roads, fertilizing farmland or other purposes—releases toxic chemical cocktails that create a serious and growing global threat to our freshwater supply and human health.

Previous studies by Kaushal and his team showed that added salts in the environment can interact with soils and infrastructure to release a cocktail of metals, dissolved solids and radioactive particles. Kaushal and his team named these cascading effects of introduced salts Freshwater Salinization Syndrome, and it can poison drinking water and cause negative effects on human health, agriculture, infrastructure, wildlife and the stability of ecosystems.

Kaushal’s new study is the first comprehensive analysis of the complicated and interconnected effects caused by Freshwater Salinization Syndrome and their impact on human health. This work suggests that the world’s freshwater supplies could face serious threats at local, regional and global levels if a coordinated management and regulation approach is not applied to human sources of salt. The study, which calls on regulators to approach salts with the same level of concern as acid rain, loss of biodiversity and other high-profile environmental problems, was published April 12, 2021, in the journal Biogeochemistry.