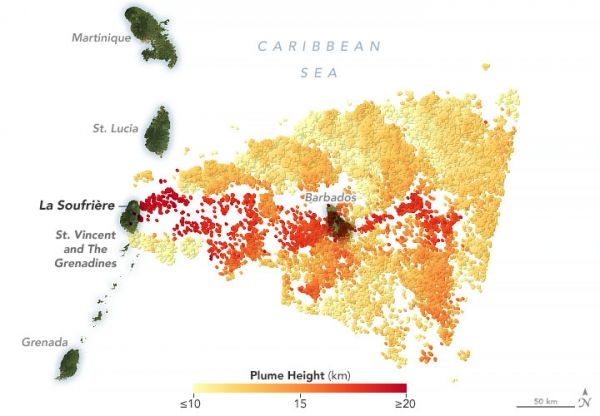 Explosive eruptions from the Caribbean volcano have flung ash and sulfate particles to the stratosphere.

Of the 45 currently erupting volcanoes on Earth, La Soufrière is among those that worry volcanologists the most.

Unlike the slow-moving lava that many onlookers have admired flowing from Fagradalsfjall in Iceland, La Soufrière has an explosive and erratic eruption style. What began as a dome of goopy lava slowly pushing from the summit crater in December 2020 has turned into something much more dangerous: several explosive blasts rocked La Soufrière and the Caribbean island of St. Vincent starting on April 9, 2021.