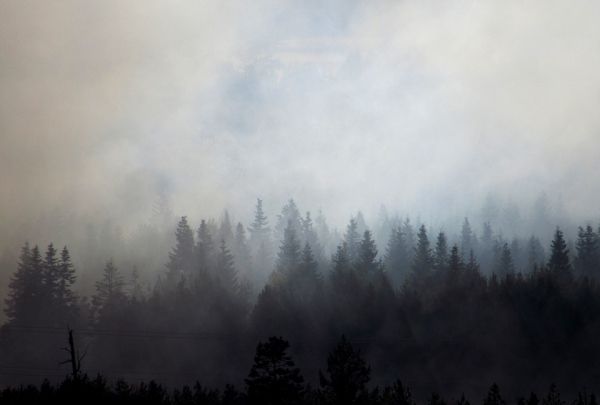 Wildfire smoke can trigger a host of respiratory and cardiovascular symptoms, ranging from a runny nose and cough to a potentially life-threatening heart attack or stroke.

Wildfire smoke can trigger a host of respiratory and cardiovascular symptoms, ranging from a runny nose and cough to a potentially life-threatening heart attack or stroke. A new study suggests that the dangers posed by wildfire smoke may also extend to the largest organ in the human body and our first line of defense against outside threat: the skin.

During the two weeks in November 2018 when wildfire smoke from the Camp Fire choked the San Francisco Bay Area, health clinics in San Francisco saw an uptick in the number of patients visiting with concerns of eczema, also known as atopic dermatitis, and general itch, compared to the same time of the year in 2015 and 2016, the study found.

The study findings suggest that even short-term exposure to hazardous air quality from wildfire smoke can be damaging to skin health. The report, carried out by physician researchers at the University of California, San Francisco (UCSF), in collaboration with researchers at the University of California, Berkeley, appears April 21 in the journal JAMA Dermatology.

“Existing research on air pollution and health outcomes has focused primarily on cardiac and respiratory health outcomes, and understandably so. But there is a gap in the research connecting air pollution and skin health,” said study lead author Raj Fadadu, a student in the UC Berkeley-UCSF Joint Medical Program. “Skin is the largest organ of the human body, and it’s in constant interaction with the external environment. So, it makes sense that changes in the external environment, such as increases or decreases in air pollution, could affect our skin health.”