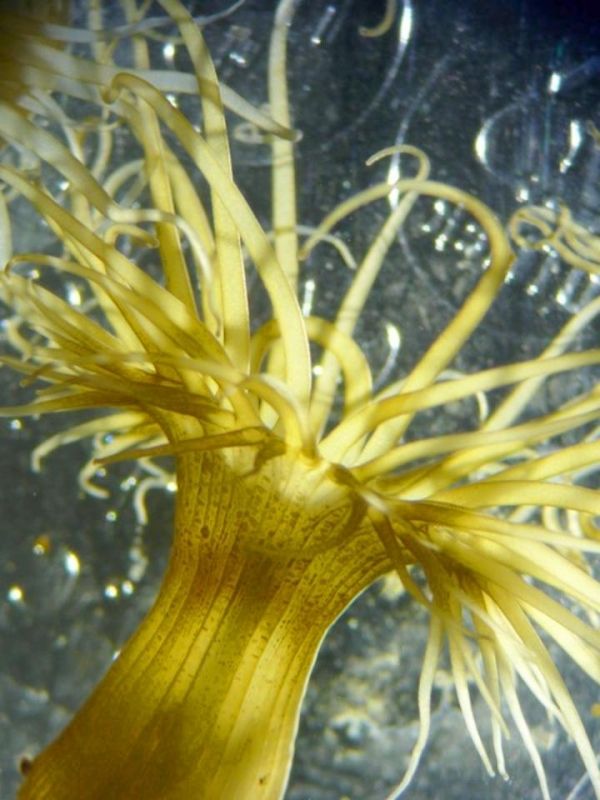 This mechanism is known as vomocytosis. Contrary to previous assumptions, microalgae ingested by corals are not digested by the cell if they prove unsuitable as symbionts – that is, partners in a symbiotic relationship.

This mechanism is known as vomocytosis. Contrary to previous assumptions, microalgae ingested by corals are not digested by the cell if they prove unsuitable as symbionts – that is, partners in a symbiotic relationship. Instead, they are “spit out” again in the process of vomocytosis. Special dinoflagellates are able to specifically suppress this immune response of their host cells in order to remain in the cell. A study led by cell biologist Prof. Dr Annika Guse at the COS demonstrated how they are able to do that. “The challenge for the corals is to differentiate between beneficial and potentially harmful microorganisms. For their part, the algae have to circumvent the immune response of the host cell, establish an intracellular niche where they can survive, and coordinate their own cell functions with those of their host to efficiently exchange nutrients,” explains the researcher.

Until now, there has been no experimental evidence that could explain any of the conventional theories. Using the model system Exaiptasia diaphana (Aiptasia) of the sea anemone species, Prof. Guse’s team recently uncovered how immune suppression by the symbionts helps the host cell to recognise suitable microalgae and tolerate them for the long term. The Aiptasia anemone larvae ingest the symbionts from the environment in the same way as coral larvae. Furthermore, their size and transparency make the larvae of this sea anemone perfect for high-resolution imaging and cellular experiments.

Read more at: University of Heidelberg

Symbiotic sea anemone of the species Exaiptasia diaphana. Using this model system, cell biologists from Heidelberg University were able to demonstrate that intracellular symbioses between corals and microalgae of the dinoflagellate group depend on the ability of the algae to suppress the immune system of their host cell. (Photo Credit: Natascha Bechtoldt)