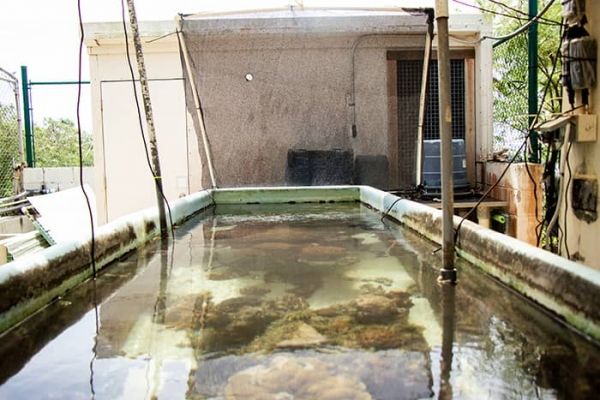 Researchers found that shaded corals recover more quickly from heat stress than corals with no shade.

A study by University of Guam researchers has found that shade can mitigate the effects of heat stress on corals. The study, which was funded by the university’s National Science Foundation EPSCoR grant, was published in February in the peer-reviewed Marine Biology Research journal.

“We wanted to see what role light has in coral bleaching,” said UOG Assistant Professor Bastian Bentlage, the supervisor and co-author of the study. “Usually, people talk about temperature as a cause for bleaching, but we show that both light and temperature work together.

Previous UOG research led by Laurie J. Raymundo found that more than one-third of all coral reefs in Guam were killed from 2013 to 2017 over the course of multiple bleaching events. Coral bleaching is the process in which corals stressed by environmental changes expel the essential symbiotic algae that live in their tissues, causing them to turn white and often die.

Continue reading at University of Guam

Image via University of Guam