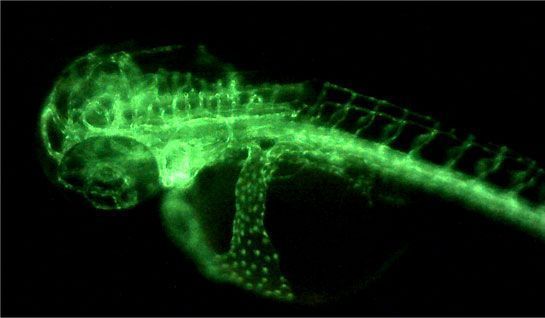 Since the invention and spread of artificial light, few locations on Earth appear entirely dark after sundown anymore. Even in a place like Tucson, Arizona—located near premiere “dark-sky” locations for astronomers and stargazers—the night sky is illuminated to a certain extent by artificial light sources. Using satellites, scientists are starting to better understand the specific sources of this light pollution.

In a 2020 study led by Christopher Kyba of the German Research Center for Geosciences, scientists conducted an experiment with Tucson’s lights. They brightened then dimmed some streetlights for a few nights and used satellite images to observe changes in Tucson’s radiance. The results are not what you might expect.

A typical night for Tucson is captured in this image, acquired around 2:30 a.m. local time on April 24, 2021, by the Visible Infrared Imaging Radiometer Suite (VIIRS) on the NOAA-NASA Suomi NPP satellite. The VIIRS sensor has a day-night band (DNB) that detects light in a range of wavelengths from green to near-infrared and uses filtering techniques to observe signals such as city lights, wildfires, and reflected moonlight.