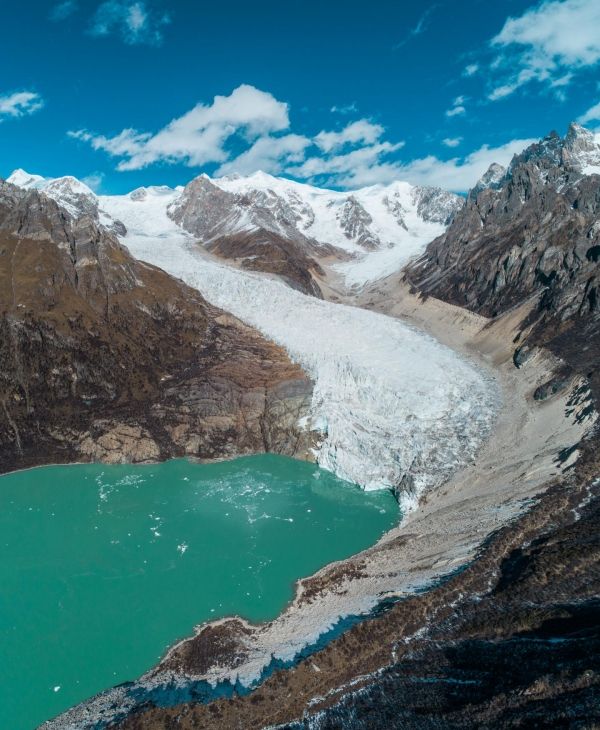 A team of Swiss and international climate scientists has shown that the risk of glacial lake outburst floods in the Himalayan region and the Tibetan plateau could triple in the coming decades.

A team of Swiss and international climate scientists has shown that the risk of glacial lake outburst floods in the Himalayan region and the Tibetan plateau could triple in the coming decades.

The “Third Pole” of the Earth, the high mountain ranges of Asia, bears the largest number of glaciers outside the polar regions. A Sino-Swiss research team has revealed the dramatic increase in flood risk that could occur across Earth’s icy Third Pole in response to ongoing climate change. Focusing on the threat from new lakes forming in front of rapidly retreating glaciers, a team, led by researchers from the University of Geneva (UNIGE), Switzerland, demonstrated that the related flood risk to communities and their infrastructure could almost triple. Important new hotspots of risk will emerge, including within politically sensitive transboundary regions of the Himalaya and Pamir. With significant increases in risk already anticipated over the next three decades, the results of the study, published in Nature Climate Change, underline the urgent need for forward-looking, collaborative, long-term approaches to mitigate future impacts in the region.

The Hindu Kush-Himalaya, Tibetan Plateau and surrounding mountain ranges are widely known as the Third Pole of the Earth. Due to global warming, the widespread and accelerated melting of glaciers over most of the region has been associated with the rapid expansion and formation of new glacial lakes. When water is suddenly released from these lakes through failure or overtopping of the dam, glacial lake outburst floods can devastate lives and livelihoods up to hundreds of kilometres downstream, extending across international borders to create transboundary risks. Despite the severe threat that these extreme events pose for sustainable mountain development across the Third Pole, there has been a lack of understanding regarding where and when related risks would evolve in the future.