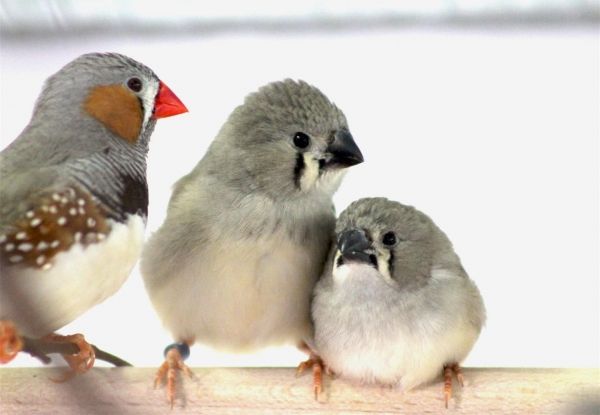 Traffic noise leads to inaccuracies and delays in the development of song learning in young birds. They also suffer from a suppressed immune system, which is an indicator of chronic stress.

Traffic noise leads to inaccuracies and delays in the development of song learning in young birds. They also suffer from a suppressed immune system, which is an indicator of chronic stress. A new study by researchers of the Max Planck Institute for Ornithology and colleagues shows that young zebra finches, just like children, are particularly vulnerable to the effects of noise because of its potential to interfere with learning at a critical developmental stage.

Traffic noise is a pervasive pollutant that adversely affects the health and well-being of millions of people. In addition to severe noise-induced diseases in adults, traffic noise has also been linked to learning impairments and language deficits in children. In order to analyse the causal mechanisms connecting chronic noise exposure to cognitive deficiencies, researchers of the Max Planck Institute for Ornithology with colleagues at the University of Paris Nanterre and the Manchester Metropolitan University studied the song learning and immune function of young zebra finches exposed to traffic noise. Like children, songbirds must learn their vocalizations from adult tutors during a sensitive period early in life. Under normal conditions, the songs of the finches become stable and stereotyped at an age of around 90 days, and remain the same for the rest of their adult life, a process called “crystallization”.

For the study, the researchers raised male zebra finch chicks in two groups. During their sensitive song learning period, the chicks in both groups were tutored with recorded song of adult males. In one group, the birds were additionally exposed to traffic noise that had been recorded in bird habitats close to busy roads in the city of Munich, Germany. The scientists monitored the singing activity of each male and compared their song development and learning success. Furthermore, they measured the immune responses of the chicks while they grew up.