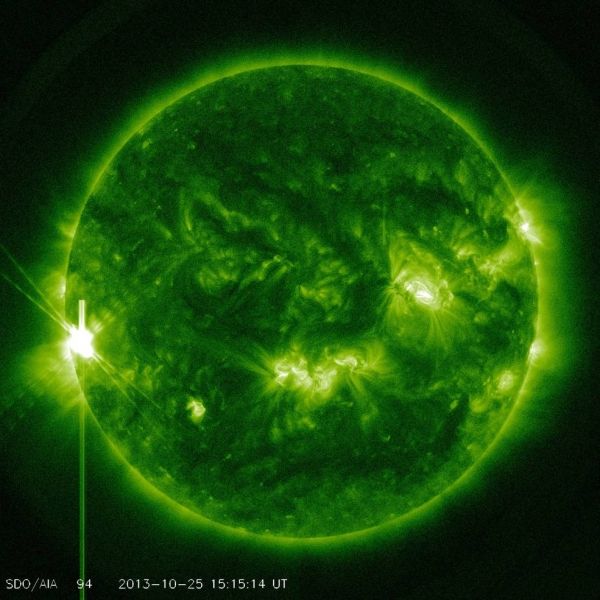 After glimpsing faint but widespread super-heated material in the Sun’s outer atmosphere, a NASA sounding rocket is going back for more.

After glimpsing faint but widespread super-heated material in the Sun’s outer atmosphere, a NASA sounding rocket is going back for more. This time, they’re carrying a new instrument optimized to see it across a wider region of the Sun.

The mission, known as Extreme Ultraviolet Normal Incidence Spectrograph, or EUNIS for short, will launch from the White Sands Missile Range in New Mexico. The launch window opens on May 18, 2021.

EUNIS is an instrument suite mounted on a sounding rocket, a type of space vehicle that makes short flights above Earth’s atmosphere before falling back to Earth. Getting to space is important, because EUNIS observes the Sun in a range of extreme ultraviolet light that does not penetrate Earth’s atmosphere.

For the upcoming flight, the fourth for the EUNIS instrument, the team added a new channel to measure wavelengths between nine and 11 nanometers. (Visible light wavelengths are between 380 and 700 nanometers.) The new wavelength range is attracting attention after an unexpected finding from EUNIS’s previous flight in 2013.

An active region erupts with an X-class flare (the most powerful classification of solar flare) in October 2013, as observed by a telescope on NASA’s Solar Dynamics Observatory that observes light at a 9.4 nanometer wavelength (colorized in green). EUNIS’s measurements will help calibrate this wavelength channel to pin down the temperature of the observed material more precisely. (Photo Credit: NASA/SDO)