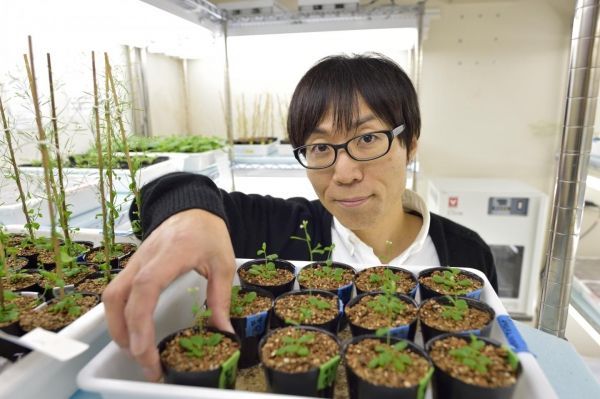 Scientists from Japan, Europe and the USA have described  a pathway leading to the accelerated flowering of plants in low-nitrogen soils.

Scientists from Japan, Europe and the USA have described  a pathway leading to the accelerated flowering of plants in low-nitrogen soils. These findings could eventually lead to increases in agricultural production.

Nitrogen is one of the three macronutrients required by plants for growth and development, along with phosphorus and potassium. Nitrogen-rich condition induces plant growth, particularly the growth of stems and leaves, while delaying flowering. On the other hand, in some plants, low-nitrogen conditions lead to a change from growth mode to reproductive mode, therefore accelerating flowering. However, the molecular mechanisms that regulate flowering under these conditions are not known.

A team of scientists led by Associate Professor Takeo Sato of Hokkaido University’s Graduate School of Life Science has revealed the molecular mechanism responsible for the acceleration of flowering in Arabidopsis under low nitrogen conditions. Their findings were published in the journal Proceedings of the National Academy of Sciences of the United States of America (PNAS).

Arabidopsis, a cruciferous plant, is well known as a model plant in biology and has an extensive database of its protein expression. In the current study, the team first identified a set of proteins involved in flowering that became active as a result of changes in nitrogen level. One of these was the gene regulation factor FLOWERING BHLH 4 (FBH4). Through experiments using FBH4 deficient plants, this protein was found to be responsible for accelerated flowering under low-nitrogen conditions.