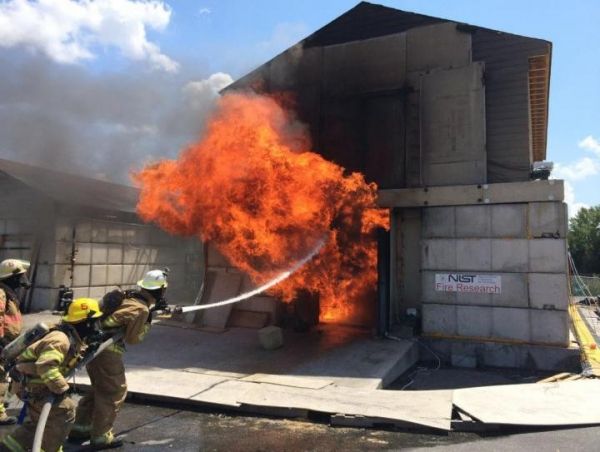 Firefighting is a race against time. Exactly how much time?

Firefighting is a race against time. Exactly how much time? For firefighters, that part is often unclear. Building fires can turn from bad to deadly in an instant, and the warning signs are frequently difficult to discern amid the mayhem of an inferno.

Seeking to remove this major blind spot, researchers at the National Institute of Standards and Technology (NIST) have developed P-Flash, or the Prediction Model for Flashover. The artificial-intelligence-powered tool was designed to predict and warn of a deadly phenomenon in burning buildings known as flashover, when flammable materials in a room ignite almost simultaneously, producing a blaze only limited in size by available oxygen. The tool’s predictions are based on temperature data from a building’s heat detectors, and, remarkably, it is designed to operate even after heat detectors begin to fail, making do with the remaining devices.

The team tested P-Flash’s ability to predict imminent flashovers in over a thousand simulated fires and more than a dozen real-world fires. Research, just published in the Proceedings of the AAAI Conference on Artificial Intelligence, suggests the model shows promise in anticipating simulated flashovers and shows how real-world data helped the researchers identify an unmodeled physical phenomenon that if addressed could improve the tool’s forecasting in actual fires. With further development, P-Flash could enhance the ability of firefighters to hone their real-time tactics, helping them save building occupants as well as themselves.

Read more at National Institute of Standards and Technology (NIST)

Image: NIST firefighters douse flames bursting from a building as a flashover occurs during an experiment. (Credit: NIST)