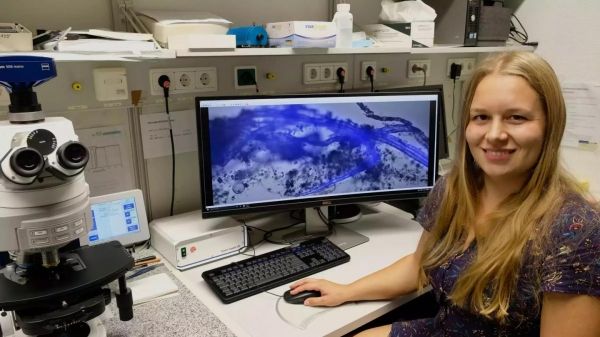 In the deep waters that underlie the productive zones of the ocean, there is a constant rain of organic material called 'marine snow'.

In the deep waters that underlie the productive zones of the ocean, there is a constant rain of organic material called 'marine snow'. Marine snow does not only look like real snow but also behaves similarly: Large flakes are rare and fall quickly while highly abundant smaller flakes take their time. Scientists from Bremen and Kiel have now discovered that precisely those features explain why small particles play an important role for the nutrient balance of the oceans. These findings have now been published in Nature Communications and will aid in the further development of biogeochemical models that include the marine nitrogen cycle.

A team of scientists from the Max Planck Institute for Marine Microbiology, the Max Planck Institute for Meteorology and the GEOMAR – Helmholtz Centre for Ocean Research Kiel have been studying biogeochemical processes in the oxygen minimum zone of the eastern South Pacific off Peru, one of the largest low oxygen regions of the world ocean. The researchers focused on so-called marine snow particles of different sizes, which are composed of algal debris and other organic material, aiming to understand how these particles affect the nitrogen cycle in the oxygen minimum zone. Thereby, they solved a long-standing puzzle: How do the nutrients that are concentrated inside the particles reach anammox bacteria that live freely suspended in the water column.

Too much of a good thing can be bad

Oxygen minimum zones are regions of the ocean where little or no oxygen is dissolved in the water. As most animals need oxygen to breathe, they cannot survive in these water bodies. Not surprisingly, oxygen minimum zones are also referred to as marine dead zones. Oxygen minimum zones are a natural phenomenon, but have been found to be expanding in many regions of the ocean as a result of human activity. Global warming contributes to decreasing oxygen concentrations, as warm water stores less oxygen. Warmer surface water also mix less with the deep, cool water below, thus leading to stagnation and reduced ventilation.

Image: Clarissa Karthäuser in the lab. On the screen you see a coloured and highly magnified particle. (Credit: Max Planck Institute for Marine Microbiology / C. Karthäuser)