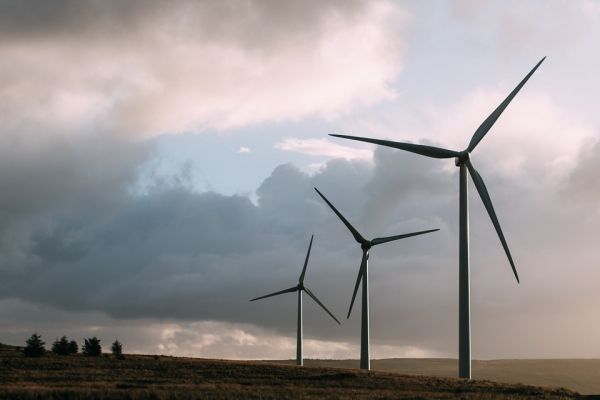 More and more countries are promoting the expansion of wind farms at sea to support the transformation towards a carbon neutral energy production.

More and more countries are promoting the expansion of wind farms at sea to support the transformation towards a carbon neutral energy production. However, if these offshore wind farms are set up close to each other, wind energy and hence electricity yield is reduced. A study by the Helmholtz Center Hereon, which has now been published in the journal Nature Scientific Reports, shows that the losses with increasing offshore wind energy production will be considerable and detectable as large scale pattern of reduced wind speed around wind farms.

The expansion of wind energy in the German Bight and the Baltic Sea has accelerated enormously in recent years. The first systems went into operation in 2008. Today, wind turbines with an output of around 8,000 megawatts rotate in German waters, which corresponds to around eight nuclear power plants. But space is limited. For this reason, wind farms are sometimes built very close to one another. A team led by Dr. Naveed Akhtar from the Helmholtz Center Hereon has found that wind speeds at the downstream windfarm are significantly slowed down. As the researchers now write in the journal Nature Scientific Reports, this braking effect results in astonishingly large-scale low wind pattern noticeable in mean wind speeds. On average, they extend 35 to 40 kilometers - in certain weather conditions even up to 100 kilometers. The output of a neighboring wind farm can thus be reduced by 20 to 25 percent, which ultimately leads to economic consequences. If wind farms are planned close together, this wake effects need to be considered in the future.