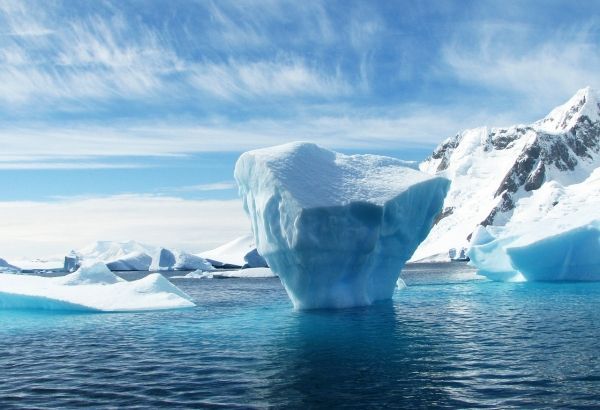 Under global warming, tipping elements in the Earth system can destabilize each other and eventually lead to climate domino effects.

Under global warming, tipping elements in the Earth system can destabilize each other and eventually lead to climate domino effects. The ice sheets on Greenland and West Antarctica are potential starting points for tipping cascades, a novel network analysis reveals. The Atlantic overturning circulation would then act as a transmitter, and eventually elements like the Amazon rainforest would be impacted. The consequences for people would reach from sea-level rise to biosphere degradation. Interactions in the network can lower the critical temperature thresholds beyond which individual tipping elements begin destabilizing on the long-run, according to the study – the risk already increases significantly for warming of 1.5°C to 2°C, hence within the temperature range of the Paris Agreement.

“We provide a risk analysis, not a prediction, yet our findings still raise concern,” says Ricarda Winkelmann, Lead of FutureLab on Earth Resilience in the Anthropocene at the Potsdam Institute for Climate Impact Research (PIK). “We find that the interaction of these four tipping elements can make them overall more vulnerable due to mutual destabilization on the long-run. The feedbacks between them tend to lower the critical temperature thresholds of the West Antarctic Ice Sheet, the Atlantic overturning circulation, and the Amazon rainforest. In contrast, the temperature threshold for a tipping of the Greenland Ice Sheet can in fact be raised in case of a significant slow-down of the North Atlantic current heat transport. All in all, this might mean that we have less time to reduce greenhouse gas emissions and still prevent tipping processes.”

Around a third of the simulations in the study show domino effects already at global warming levels of up to 2°C, where the tipping of one element triggers further tipping processes. “We’re shifting the odds, and not to our favour - the risk clearly is increasing the more we heat our planet,” says Jonathan Donges, also Lead of PIK’s FutureLab on Earth Resilience in the Anthropocene. “It rises substantially between 1 and 3°C. If greenhouse gas emissions and the resulting climate change cannot be halted, the upper level of this warming range would most likely be crossed by the end of this century. With even higher temperatures, more tipping cascades are to be expected, with long-term devastating effects.”