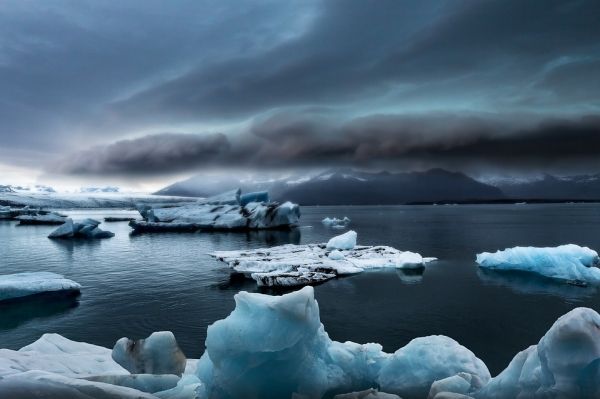 Sea ice thickness is inferred by measuring the height of the ice above the water, and this measurement is distorted by snow weighing the ice floe down.

Sea ice thickness is inferred by measuring the height of the ice above the water, and this measurement is distorted by snow weighing the ice floe down. Scientists adjust for this using a map of snow depth in the Arctic that is decades out of date and does not account for climate change.

In the new study, published in the journal The Cryosphere, researchers swapped this map for the results of a new computer model designed to estimate snow depth as it varies year to year, and concluded that sea ice in key coastal regions was thinning at a rate that was 70% to 100% faster than previously thought.

Robbie Mallett (UCL Earth Sciences), the PhD student who led the study, said: “The thickness of sea ice is a sensitive indicator of the health of the Arctic. It is important as thicker ice acts as an insulating blanket, stopping the ocean from warming up the atmosphere in winter, and protecting the ocean from the sunshine in summer. Thinner ice is also less likely to survive during the Arctic summer melt.”

“Previous calculations of sea ice thickness are based on a snow map last updated 20 years ago. Because sea ice has begun forming later and later in the year, the snow on top has less time to accumulate. Our calculations account for this declining snow depth for the first time, and suggest the sea ice is thinning faster than we thought.”