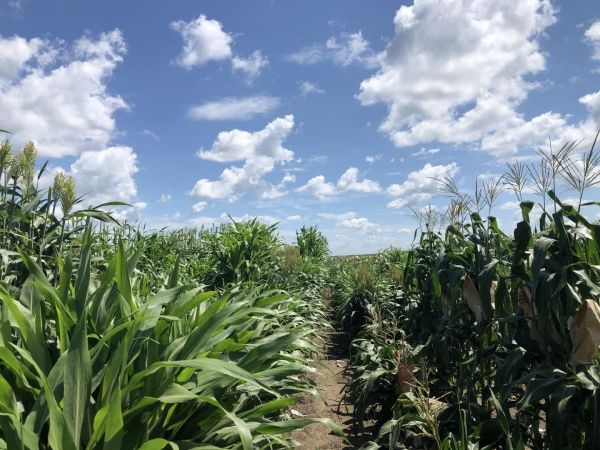 Scientists have invested great time and effort into making connections between a plant’s genotype, or its genetic makeup, and its phenotype, or the plant’s observable traits.

Scientists have invested great time and effort into making connections between a plant’s genotype, or its genetic makeup, and its phenotype, or the plant’s observable traits. Understanding a plant’s genome helps plant biologists predict how that plant will perform in the real world, which can be useful for breeding crop varieties that will produce high yields or resist stress.

But environmental conditions play a role as well. Plants with the same genotype will perform differently when grown in different environments. A new study led by an Iowa State University scientist uses advanced data analytics to help scientists understand how the environment interacts with genomics in corn, wheat and oats. The results could lead to more accurate and faster models that will allow plant breeders to develop crop varieties with desirable traits.

The study was published recently in the peer-reviewed academic journal Molecular Plant.

Jianming Yu, a professor of agronomy and the Pioneer Distinguished Chair in Maize Breeding, said the study sheds light on phenotypic plasticity, or the ability of crops to adapt to environmental changes. This could help plant breeders get a better understanding of how “shapable” plant species are, or how much potential they have to perform well in different environments.