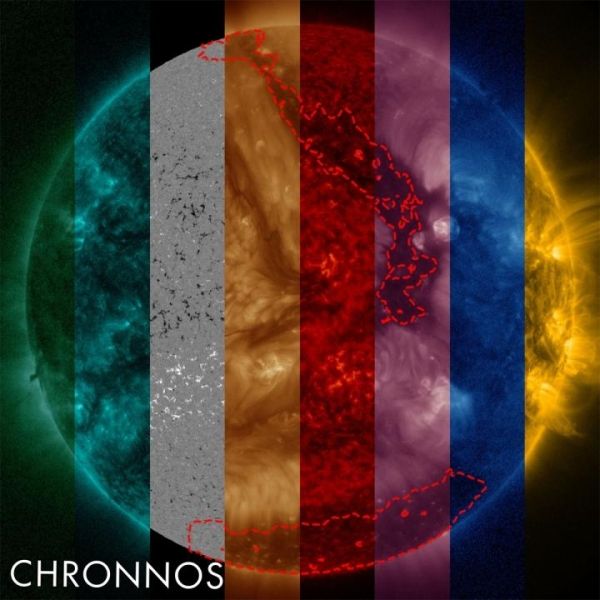 Scientists from the University of Graz (Austria), Skoltech and their colleagues from the US and Germany have developed a new neural network that can reliably detect coronal holes from space-based observations.

Scientists from the University of Graz (Austria), Skoltech and their colleagues from the US and Germany have developed a new neural network that can reliably detect coronal holes from space-based observations. This application paves the way for more reliable space weather predictions and provides valuable information for the study of the solar activity cycle. The paper was published in the journal Astronomy & Astrophysics.

Much like our life on Earth depends on the light of the Sun, our electronic “life” depends on the activity of our closest star and its interactions with Earth’s magnetic field. For the human eye, the Sun appears almost constant, but the Sun is very active, frequently showing eruptions and causing geomagnetic storms on Earth. For this reason, the outer solar atmosphere, the solar corona, is constantly being monitored by satellite-based telescopes.

In these observations, one of the prominent features are extended dark regions called coronal holes. They appear dark because plasma particles can escape along the magnetic field from the solar surface into interplanetary space, leaving a ‘hole’ in the corona. The escaping particles form high-speed solar wind streams that can eventually hit Earth, causing geomagnetic storms. The appearance and location of these holes on the Sun varies in dependence of the solar activity, giving us also important information on the long-term evolution of the Sun.

“The detection of coronal holes is a difficult task for conventional algorithms and is also challenging for human observers, because there are also other dark regions in the solar atmosphere, like filaments, that can be easily confused with a coronal hole,” says Robert Jarolim, a research scientist at the University of Graz and the lead author of the study.

Read more at Skolkovo Institute of Science and Technology (Skoltech)

Image: Observation of the solar dynamic observatory (SDO). The image shows a composite of the seven different extreme-ultraviolet filters (colored slices) and the magnetic field information (gray scale slice). The detected coronal holes are indicated by red contour lines. The dark structure at the center is a solar filament that shows a similar appearance but is not associated to coronal holes. (Credit: Jarolim et. al., 2021)