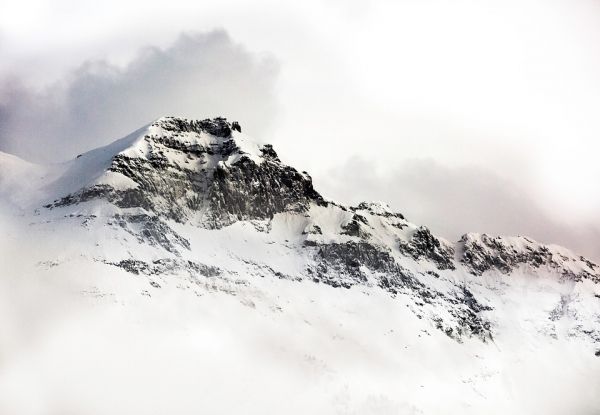 The life of the microscopic algae that inhabit snow at high elevations is still relatively unknown.

The life of the microscopic algae that inhabit snow at high elevations is still relatively unknown. Researchers from the CNRS, CEA, Météo-France, INRAE and the l’Université Grenoble Alpes have therefore created the ALPALGA consortium to study this little-known world, threatened by global warming. Scientists will publish their initial results in Frontiers in Plant Science on 7 June 2021, describing for the first time the distribution of dozens of mountain microalgae species according to elevation.

In a white ocean, well above sea level, the algae thrive. Normally invisible to the naked eye, they are often spotted by hikers trekking through the mountains in late spring as strikingly coloured stretches of snow, in shades of ochre, orange and red. Known as "glacier blood", this colouring is the result of the punctual multiplication (or bloom) of the microalgae that inhabit the snow.

But apart from this impressive phenomenon, the life and organisation of mountain microalgae communities remains a secret. It is this still unknown ecosystem, now threatened by global warming, that needs to be explored. The ALPALGA1 consortium aims to meet this challenge by organising and pooling research efforts on snow microalgae, and it has already received support from the Agence nationale de la recherche and the Kilian Jornet Foundation.