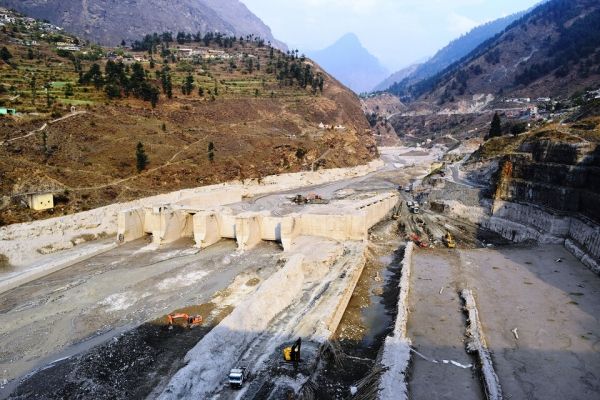 A new study using satellite evidence confirms that a rock and ice avalanche caused the Chamoli disaster in India earlier this year. The resulting mud and debris flood led to massive destruction downstream.

On 7 February 2021, the Chamoli district in the Uttarakhand region of India experienced a humanitarian tragedy when a large mass of rock and ice, around 27 million cubic metres, was released from the steep mountain flank of the Ronti peak.

This collapse caused a flow of debris to barrel down the Ronti Gad, Rishiganga, and Dhauliganga river valleys, causing significant destruction along the route, killing more than 200 people and destroying two major hydropower facilities that were under construction.

In response to this, the International Charter 'Space and Major Disasters', a service that provides satellite images in response to natural and human-made emergencies, was activated. The service provides free access to very high-resolution satellite data such as from Worldview 1/2, Cartosat-1 and Pleiades.

Combined with freely available images from Landsat and the Copernicus Sentinel-2 mission, scientists analysed numerous images acquired before and after the event to quickly determine what was going on and quantify key measures of the event, for example its total volume, elevation differences and travel distances.