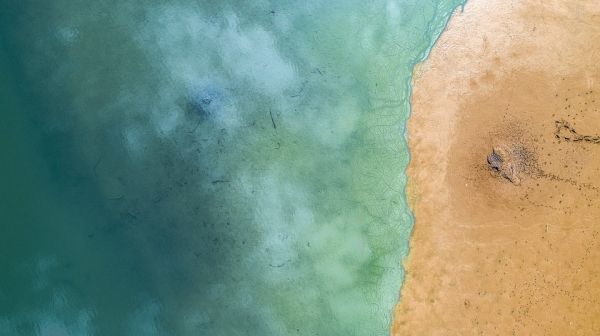 Methane is a strong greenhouse gas that plays a key role in Earth’s climate.

Methane is a strong greenhouse gas that plays a key role in Earth’s climate. Anytime we use natural gas, whether we light up our kitchen stove or barbeque, we are using methane.

Only three sources on Earth produce methane naturally: volcanoes, subsurface water-rock interactions, and microbes. Between these three sources, most is generated by microbes, which have deposited hundreds of gigatons of methane into the deep seafloor. At seafloor methane seeps, it percolates upwards toward the open ocean, and microbial communities consume the majority of this methane before it reaches the atmosphere. Over the years, researchers are finding more and more methane beneath the seafloor, yet very little ever leaves the oceans and gets into the atmosphere. Where is the rest going?

A team of researchers led by Jeffrey J. Marlow, former postdoctoral researcher in Organismic and Evolutionary Biology at Harvard University, discovered microbial communities that rapidly consume the methane, preventing its escape into Earth’s atmosphere. The study published in Proceedings of the National Academy of Sciences collected and examined methane-eating microbes from seven geologically diverse seafloor seeps and found, most surprisingly, that the carbonate rocks from one site in particular hosts methane-oxidizing microbial communities with the highest rates of methane consumption measured to date.