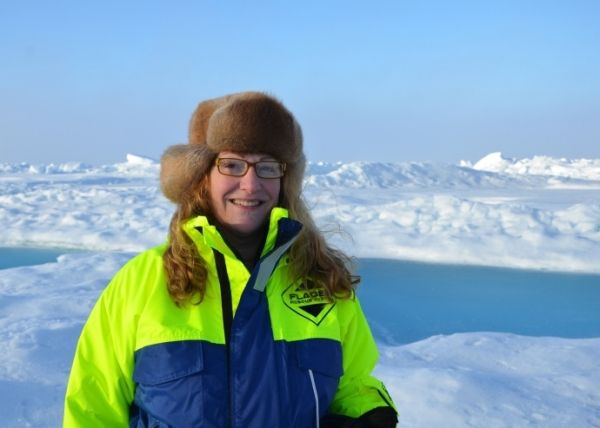 The marine ecosystem in the ice-covered area between Greenland and the North Pole is unexplored, but it is urgent to find out how it works.

The marine ecosystem in the ice-covered area between Greenland and the North Pole is unexplored, but it is urgent to find out how it works. The Arctic sea ice is melting, which will radically change the ecosystem. This summer, a research expedition on board the Swedish icebreaker Oden will explore one of the world's most inaccessible places. “Nobody has ever performed these measurements there before, we are first in this giant area,” says the expedition's Chief Scientist Pauline Snoeijs Leijonmalm.

What lives below the surface, in the ice and on the seabed in the area around the North Pole? Scientists will discover that during this summer's expedition, which is part of a large international project, the Synoptic Arctic Survey (SAS). The project was initiated, and is run, by researchers who identified the lack of an overall picture of how the marine ecosystems in the Arctic Ocean work. Around thirty different ships will map different parts of the Arctic over a period of three years. The strongest research icebreaker – Oden, will travel to the most inaccessible area.

“This is a scientists dream, to reach an unexplored area. A special area that does not exist anywhere else,” says Pauline Snoeijs Leijonmalm Professor of Marine Ecology at Stockholm University and Chief Scientist on board.