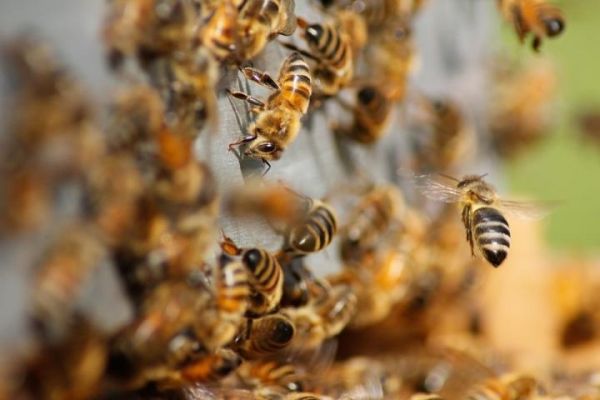 Beekeepers across the United States lost 45.5% of their managed honey bee colonies from April 2020 to April 2021, according to preliminary results of the 15th annual nationwide survey conducted by the nonprofit Bee Informed Partnership (BIP).

Beekeepers across the United States lost 45.5% of their managed honey bee colonies from April 2020 to April 2021, according to preliminary results of the 15th annual nationwide survey conducted by the nonprofit Bee Informed Partnership (BIP). These losses mark the second highest loss rate the survey has recorded since it began in 2006 (6.1 percentage points higher than the average annual loss rate of 39.4%). The survey results highlight the continuing high rates of honey bee colony turnover. The high loss rate was driven by both elevated summer and winter losses this year, with no clear progression toward improvement for beekeepers and their colonies. BIP hopes to use the survey results to better understand how colony losses are experienced by beekeepers, and what can be done to reduce losses in future seasons.

Since beekeepers began noticing higher losses in their colonies in the early 2000s, agricultural agencies, researchers, and the beekeeping industry have been working together to understand why and develop best management practices to reduce their losses. The BIP annual colony loss survey, which has been conducted since 2006, has been integral to that process.

“This year’s survey results show that colony losses are still high,” says Nathalie Steinhauer, BIP’s science coordinator and a post-doctoral researcher in the University of Maryland Department of Entomology. “Not all beekeepers are affected at the same intensity, but the turnover rate of colonies is still overall higher than beekeepers deem acceptable [normal or acceptable turnover is defined at about 20%]. We should remember, however, that loss rates are not the same as population decline. The recent numbers of honey bee colonies in the U.S. are relatively stable despite those high losses, but that’s because beekeepers invest a lot of time and effort to increase their operation size to mitigate their losses.”