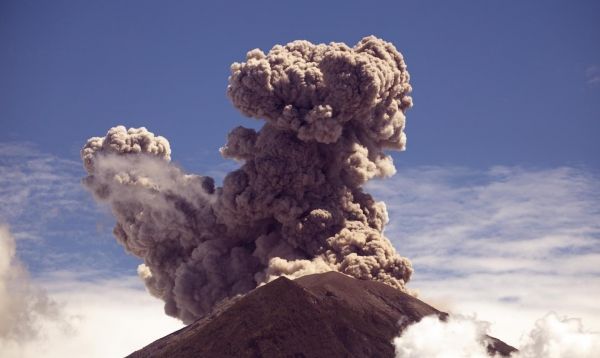 Indonesia’s volcanoes are among the world’s most dangerous.

Indonesia’s volcanoes are among the world’s most dangerous. Why? Through chemical analyses of tiny minerals in lava from Bali and Java, researchers from Uppsala University and elsewhere have found new clues. They now understand better how the Earth’s mantle is composed in that particular region and how the magma changes before an eruption. The study is published in Nature Communications.

Frances Deegan, the study’s first author and a researcher at Uppsala University’s Department of Earth Sciences, summarises the findings.

“Magma is formed in the mantle, and the composition of the mantle under Indonesia used to be only partly known. Having better knowledge of Earth’s mantle in this region enables us to make more reliable models for the chemical changes in magma when it breaks through the crust there, which is 20 to 30 kilometres thick, before an eruption.”

The composition of magma varies greatly from one geological environment to another, and has a bearing on the kind of volcanic eruption that occurs. The Indonesian archipelago was created by volcanism, caused by two of Earth's continental tectonic plates colliding there. In this collision, Indo-Australian plate slides beneath the Eurasian plate at a speed of some 7 cm annually. This process, known as subduction, can cause powerful earthquakes. The tsunami disaster of 2004, for example, was caused by movements along this particular plate boundary.

Image: Agung, a volcano in Bali, had an explosive eruption in 2018. (Credit: O.L. Andersen)