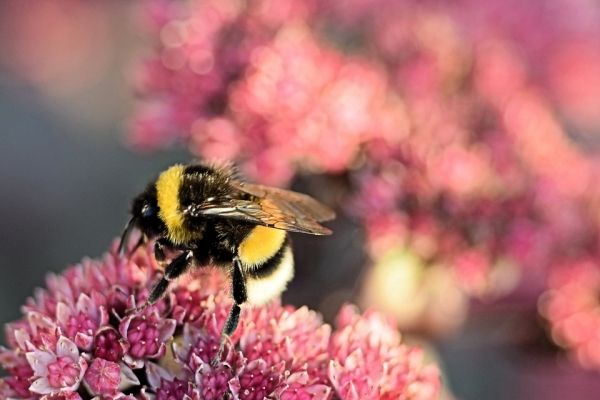 "People don't come to Denali and other parks in Alaska to look at bumblebees, but they should,” says Jessica Rykken, entomologist for Denali National Park and Preserve.

"People don't come to Denali and other parks in Alaska to look at bumblebees, but they should,” says Jessica Rykken, entomologist for Denali National Park and Preserve. The “Last Frontier” state may be known for supersized wildlife, from bears to moose, but on a smaller scale, the diversity of bumblebees (or bumble bees, depending on whom you ask) there is unusually high, and powers entire ecosystems.

“Bringing in that next generation of plants to provide habitat for caribou or moose or any large herbivore, and then the carnivores that depend on them, that’s all tied to pollinators,” says wildlife biologist Casey Burns, with the Bureau of Land Management in Alaska. “Arguably, I think they are the most important wildlife group for ecological function.”

Bumblebees are not the only native pollinators in the northernmost US state. There are scores of other native bee species, and native flies also play a significant role (as do several butterfly species). But Alaska’s bumblebees stand out both in numbers—“We have, overall, fairly low diversity of bees, but we have a very high proportion of bumblebees,” says Rykken—and in the reasons for their success. And while many bumblebee species in the Lower 48 are declining, Alaskan members of the genus Bombus appear to be thriving. Now, researchers and conservationists are embarking on an unprecedented effort to figure out just how many bees, including bumbles, are buzzing around their enormous and largely unsurveyed state. The first-ever Alaskan bee atlas project is underway, and bumblebees will play a starring role.