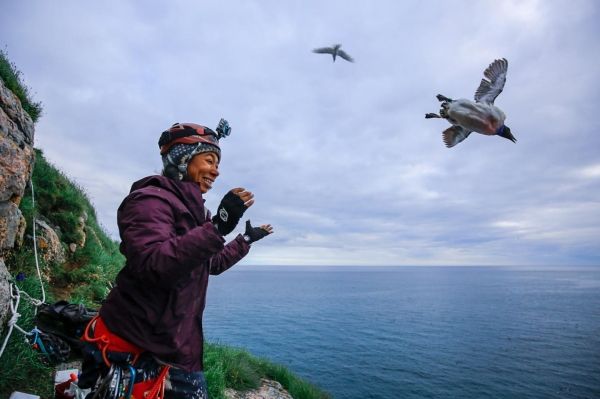 The Arctic is warming at approximately twice the global rate.

The Arctic is warming at approximately twice the global rate. A new study led by researchers from McGill University finds that cold-adapted Arctic species, like the thick-billed murre, are especially vulnerable to heat stress caused by climate change.

“We discovered that murres have the lowest cooling efficiency ever reported in birds, which means they have an extremely poor ability to dissipate or lose heat,” says lead author Emily Choy, a Postdoctoral Fellow in the Natural Resource Sciences Department at McGill University.

Following reports of the seabirds dying in their nests on sunny days, the researchers trekked the cliffs of Coast Island in northern Hudson Bay to study a colony of 30,000 breeding pairs. They put the birds’ heat tolerance to the test and found that the animals showed signs of stress at temperatures as low as 21C.

Until now few studies have explored the direct effects of warming temperatures on Arctic wildlife. The study, published in Journal of Experimental Biology, is the first to examine heat stress in large Arctic seabirds.