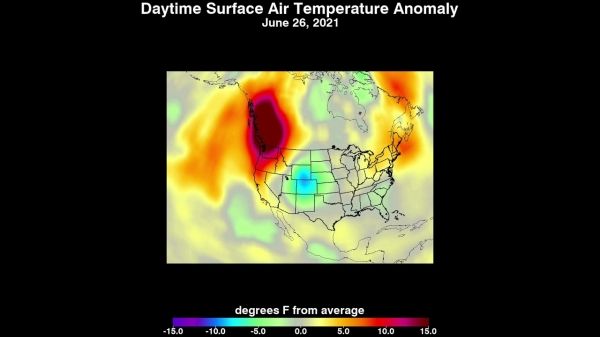 The science instrument mapped the dome of high pressure that settled over the northwestern U.S. and western Canada in late June, sending temperatures into the triple digits.

An unprecedented heat wave that started around June 26 smashed numerous all-time temperature records in the Pacific Northwest and western Canada. NASA’s Atmospheric Infrared Sounder (AIRS), aboard the Aqua satellite, captured the progression of this slow-moving heat dome across the region from June 21 to 30.