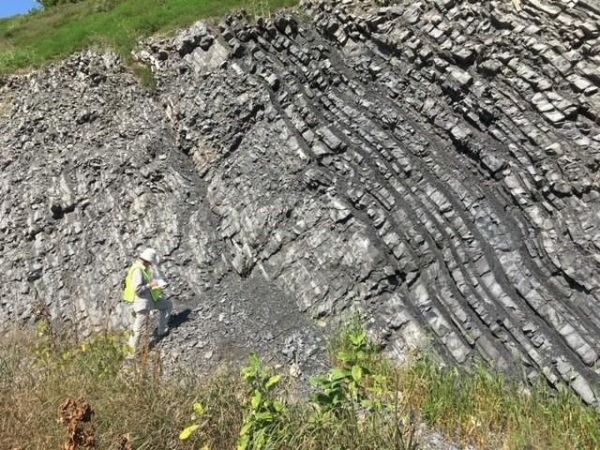 Earth's climate was relatively stable for a long period of time. For three billion years, temperatures were mostly warm and carbon dioxide levels high – until a shift occurred about 400 million years ago.

Earth's climate was relatively stable for a long period of time. For three billion years, temperatures were mostly warm and carbon dioxide levels high – until a shift occurred about 400 million years ago. A new study suggests that the change at this time was accompanied by a fundamental alteration to the carbon-silicon cycle. "This transformation of what was a consistent status quo in the Precambrian era into the more unstable climate we see today was likely due to the emergence and spread of new life forms," said Professor Philip Pogge von Strandmann, a geoscientist at Johannes Gutenberg University Mainz (JGU). Together with researchers from Yale University, notably Boriana Kalderon-Asael and Professor Noah Planavsky, he has traced the long-term evolution of the carbon-silicon cycle with the help of lithium isotopes in marine sediments. This cycle is regarded as a key mechanism controlling the Earth's climate, as it regulates carbon dioxide levels and, with it, temperature. The researchers' findings have been published recently in Nature.

The carbon-silicon cycle is the key regulator of climate

The carbon-silicon cycle has kept Earth's climate stable over long periods of time, despite extensive variations in solar luminosity, in atmospheric oxygen concentrations, and the makeup of the Earth's crust. Such a stable climate created the conditions for long-term colonization of the Earth by life and allowed initially simple and later complex life forms to develop over billions of years. The carbon-silicon cycle contributes to this by regulating the level of carbon dioxide in the atmosphere. Silicate rock is transformed into carbonate rock as a result of weathering and sedimentation, and carbonate rock is transformed back into silicate rock by, among other things, volcanism. When silicate rock is converted to carbonate rock, carbon dioxide is removed from the atmosphere, while the reverse process releases carbon dioxide once again. "We consider this to be the main mechanism by which Earth's climate is stabilized over the long term," explained Pogge von Strandmann.