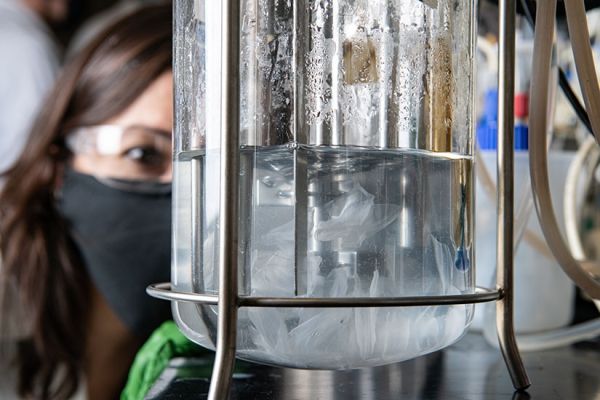 Researchers in the BOTTLE Consortium, including from the U.S. Department of Energy’s (DOE’s) National Renewable Energy Laboratory (NREL) and the University of Portsmouth, have identified using enzymes as a more sustainable approach for recycling polyethylene terephthalate (PET), a common plastic in single-use beverage bottles, clothing, and food packaging that are becoming increasingly relevant in addressing the environmental challenge of plastic pollution. An analysis shows enzyme-recycled PET has potential improvement over conventional, fossil-based methods of PET production across a broad spectrum of energy, carbon, and socioeconomic impacts.

The concept, if further developed and implemented at scale, could lead to new opportunities for PET recycling and create a mechanism for recycling textiles and other materials also made from PET that are traditionally not recycled today. PET ranks among the most abundantly produced synthetic polymers in the world, with 82 million metric tons produced annually; roughly 54% of PET is used in the manufacture of textiles for clothing and fibers for carpet.

“From all the plastics that were produced since the 1950s, less than 10% of it has ever been recycled,” said Avantika Singh, a chemical engineer at NREL and first author of a new paper outlining the path toward enzyme-based recycling. “Most waste plastics end up in landfills.”